Jury selection started Tuesday in the trial of Elizabeth Holmes, one of the decade's more notorious Silicon Valley figures. The disgraced Theranos founder and CEO is charged with multiple counts of conspiracy and fraud over claims she made about the once-promising health care startup and its purportedly revolutionary blood testing invention. Investigations revealed the technology had serious problems.
Opening arguments are scheduled to begin Sept. 8 in a federal court in San Jose, California. The hotly anticipated courtroom drama has been over three years in the making, with Holmes originally charged in June 2018. The trial has been delayed multiple times by the COVID-19 pandemic and by the birth of Holmes' child on July 10 of this year.
Here's what to know about one of the biggest trials of the decade so far.
What happened to Holmes and Theranos?
In 2003, Holmes dropped out of Stanford University at 19 to found Theranos with the goal of disrupting the blood testing industry. The company said it was developing proprietary technology that required gathering a smaller amount of blood than a conventional intravenous draw and was more portable than traditional tests sent off to a lab.
Theranos began to see more mainstream attention in 2013 when it signed up Walgreens and Safeway as potential customers. At one point the startup was valued at more than $9 billion.
Holmes began to appear on the cover of various publications, including Fortune, sometimes drawing comparisons to... 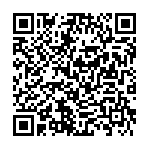 'No use worrying': Taiwanese tourists carry on despite China threat