The first phase of the trial of Theranos founder Elizabeth Holmes will start on Tuesday, with jury selection scheduled in a San Jose, California, courthouse.
Holmes is charged with six counts of fraud relating to her now-defunct medical startup. The company, founded in 2003, claimed it would revolutionize the medical testing space with a new blood diagnostic technology that could perform a range of tests on a small dose of blood. The claims were later revealed to be largely fabricated.
Theranos had reached a valuation of $10bn before reports from the Wall Street Journal and others revealed it was overstating the functions of its core technologies. The US Department of Justice accused Holmes and her former boyfriend and co-president Ramesh “Sunny” Balwani of defrauding both consumers who purchased and used the tests and investors who were convinced it would become profitable.
Experts have said it may take longer than usual to find jurors in a case that has been highly publicized and is slated to take many weeks to be resolved. Dozens of potential jurors were cut before the proceedings even began after they answered in pre-trial questionnaires they had exposure to media coverage of Theranos in the past.
According to pre-trial filings, jurors can expect to hear from doctors who used the tests on their patients and from patients misled by Theranos results. Those include a woman whose test results falsely signaled a miscarriage despite a healthy pregnancy, a man who was... 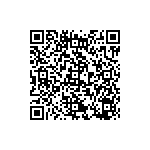 No convictions sought in French court over 2009 Rio-Paris crash