Elizabeth Holmes trial: Everything you need to know about the Theranos founder - Yahoo News

Elizabeth Holmes will go on trial today facing multiple charges of conspiracy and fraud for her lead role in the Theranos scandal.
As the founder and former chief executive officer of the disgraced blood-testing start-up that wowed the tech investment world before collapsing in a storm over the efficacy of the technology supposedly at its core, Ms Holmes faces up to 20 years in prison if convicted.
Theranos was at one point valued at approximately $9bn, but is now a byword for corporate misconduct, with Ms Holmes accused of lying to patients about testing, and investors about projected revenues.
The trial will get underway in federal court in San Jose, California, after a string of delays due to the coronavirus pandemic, and the defendant’s surprise pregnancy.
Anticipated to last approximately three months, the final chapter in the spectacular rise and fall of Ms Holmes is expected to see defence lawyers get creative when faced with a strong case from the prosecution. It is the most-anticipated trial of the year.
So how did Ms Holmes get into this position?
Having dropped out of Stanford’s School of Engineering in 2003, Ms Holmes used her tuition money as seed funding for a consumer healthcare technology company based on the idea of performing blood tests using only a small amount of blood – such as a finger prick – rather than drawing blood for testing into vials with needles. She cited her own fear of needles as her inspiration for the technology, which she called... 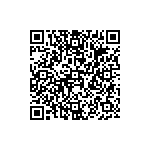