(CNS): Just “a few seconds of madness” by another man carrying a knife cost 22-year-old Michael Aaron Bush his life last Christmas Eve, Superintendent Peter Lansdown said in the wake of the conviction of Jashawn Johnson (21) last Thursday. Bush was stabbed in the chest by Johnson in a fight that was fuelled by an insignificant altercation and name calling. The incident, which took place at The Strand entertainment complex on West Bay Road, escalated because Johnson had access to a knife, the senior police officer noted.

In a release following the conviction, the police reminded the public that it is illegal to carry an offensive weapon. They said that in the heat of the moment situations can escalate quickly and bad decisions can be made, resulting in life-changing injuries or in the worst cases fatalities, as was demonstrated in this case.

“We thank the witnesses that came forward and gave evidence, which played a vital role in achieving this outcome,” said Superintendent Lansdown. “Although the police are satisfied with the court result, it doesn’t take away from the fact that a young man has lost his life and yet another family from our community has lost their son due to a few seconds of madness with a weapon.”

Johnson was convicted by Justice Roger Chapple on Thursday, following a judge-alone trial in the summer after Johnson claimed self defence. Although the court found that the young man had been provoked by his victim in the first instance, in the end it was... 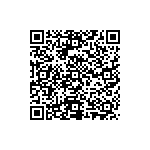 'Extreme healt belt' to cover middle of US by 2053: report