Oliver the Persian cat is a house cat, but somehow he got loose from his house in Mountain Home, Idaho. Since Oliver doesn’t go outside, it was highly unusual for him to be missing. To find him, his family began sharing posts on social media and posting signs in their neighborhood.

Notably, the day Oliver went missing was August 18, a Wednesday morning. Then, for four days, he remained missing. Unfortunately, he didn’t have a microchip, so the family couldn’t track him down.

Days later, on Friday the 24th, Oliver the Persian turned up. Astonishingly he was over 365 miles away in Alberton, Montana. Someone there found him, bathed him, and took him to AniMeals, an adoption center in nearby Missoula, reported NBC Montana.

“The person that found him said he was really dirty so she gave him a bath and brought him to us on the 24th,” wrote AniMeals.

Previously, the rescuers at AniMeals had posted about Oliver on their social media page. Amazingly, one of their followers saw the found post and connected with Oliver’s owners so far away by the very next night.

Importantly, if not for social media, Oliver may never have found his home. Now, his human family was ready for a long drive.

“The family made the 365 mile drive to retrieve Oliver on Thursday. They said they don’t know how he got out. AniMeals said he could’ve hitched a ride in or on a car that made it all the way to Missoula,” reports NBC.

Thankfully, before returning to... 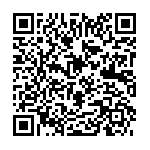