An argument between students about a dispute on social media led to a stabbing at a high school in Indianapolis, authorities said.

Nikki Woodson, superintendent of the Metropolitan School District of Washington Township, noted a rise in “physical aggression” among students, often due to social media.

“The violence must stop so that our schools can remain safe places to learn. ... When violence does occur, it will not be tolerated,” Woodson said.

An 18-year-old student was arrested in the stabbing of another teen at North Central. Staff intervened in the fight, and the injured 17-year-old was taken to a hospital. 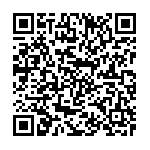