North and South Korea tested ballistic missiles hours apart Wednesday in a display of military might that is sure to exacerbate tensions between the rivals at a time when talks aimed at stripping the North of its nuclear program are stalled.

South Korea's presidential office said the country conducted its first submarine-launched ballistic missile test. It said the domestically built missile flew from a submarine and hit its designated target while President Moon Jae-in and other top officials looked on.

Moon said improvements in the country's missile capabilities would serve as "a sure deterrence against North Korean provocation."

Experts say the North Korea is building up its weapons systems to apply pressure on the United States in the hopes of winning relief from sanctions aimed at forcing the North to abandon its nuclear arsenal. US-led talks on the issue have been stalled for more than two years — and in the meantime, tensions have been rising on the... 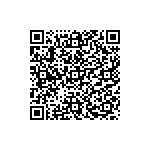