(CNS): Police arrested a 22-year-old George Town man on Tuesday afternoon shortly after a daylight robbery at a business on Eastern Avenue, but they are on the lookout for a second man. At around 3:40pm on 14 September police were called to an disclosed business where two masked men had entered, one brandishing a machete, and demanded money. An undisclosed quantity of cash was taken by the men, who fled the scene in a white sedan car.

Shortly after the incident the 22-year-old-man was arrested on suspicion of robbery in relation to the crime and remains in custody pending further investigation.

The incident is being investigated by the police and detectives are asking anyone with information to call the George Town Police Station at 949-4222. Anonymous tips can be provided to the RCIPS Confidential Tip Line at 949-7777, or the website. 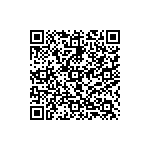