(CNS): Police have charged a 27-year-old man from West Bay with causing the death of Shayne Ewart (24) by dangerous driving and inflicting grievous bodily harm on another passenger following a crash in the early morning hours of 16 January on the West Bay Road near the junction of Willie Farrington Drive. The man, who has not yet been identified, has been bailed to appear in court on Monday, 20 September.

Ewart was killed when the green Honda Accord smashed into a house after the car had driven through a police checkpoint at high speed at the Yacht Club roundabout a few minutes before the fatal smash.

Although police had initially followed the vehicle, officers soon lost sight of the car and returned to the checkpoint. But within five minutes a report was made to 911 that the car had smashed into a house. All three people in the car were taken to hospital, where Ewart was pronounced dead. 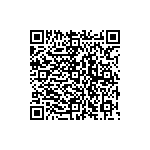