The uncoiling saga of the Murdaugh family, a well-connected legal dynasty in South Carolina, has thrown a spotlight on the state's rampant black market for prescription opioids and how officials have struggled to contain the booming drug crisis during the pandemic.
Among the questions that state investigators must untangle involving lawyer Alex Murdaugh, who was charged Thursday in connection with trying to stage his own death, are how much money he allegedly stole from his family's law firm, how it was spent and who profited from it.
Reports suggest "millions of dollars" were misappropriated, and his attorney, Richard "Dick" Harpootlian, said on NBC's "TODAY" show Wednesday that the "vast majority" of the funds were used to buy opioids and that there were "checks written to drug dealers."
Alex Murdaugh returns to rehab after surrendering to authorities
Sept. 17, 202101:50
The public fall of Murdaugh, a once-prominent personal injury attorney whose family patriarchs had previously wielded power as the top prosecutor in South Carolina's coastal Lowcountry, underscores how opioid abuse can ravage people of all backgrounds, said Christina Andrews, an associate professor in the department of health services policy and management at the University of South Carolina.
In addition, the perception from the outside that Murdaugh could hold a job — he also volunteered on cases for the 14th Circuit solicitor's office — should be a cautionary tale, she added.
"It's a common... 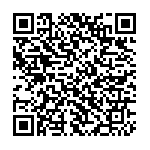