France's ambassador to Australia has described as a "huge mistake" Australia's surprise cancellation of a major submarine contract in favour of a US deal, as the diplomat prepared to leave the country in an unprecedented show of anger among the allies.

French envoy Jean-Pierre Thebault delivered his comments Saturday as he left his residence in the capital of Canberra.

"This has been a huge mistake, a very, very bad handling of the partnership," Thebault said, explaining that the arms agreement between Paris and Canberra was supposed to be based "on trust, mutual understanding and sincerity."

"I would like to be able to run into a time machine and be in a situation where we don't end up in such an incredible, clumsy, inadequate, un-Australian situation," the French ambassador added.

Australian Foreign Minister Marise Payne's office earlier had issued a statement responding to the diplomat's recall and noting Canberra's "regret" over its ally's withdrawal of its representative.

"Australia understands France's deep disappointment with our decision, which was taken in... 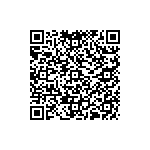