Kadarius Toney’s rookie season with the New York Giants is off to a rough start to say the least. Through the first two games of his pro career, the Florida product has lost two yards combined on a pair of catches.

Giants fans thought Toney expressed his frustrated with his role in New York on Thursday night since he posted this message on Instagram: “I don’t be mad s*** just be lame to me for real.”

It didn’t take long for Toney to respond to everyone asking about that message. On Friday afternoon, the Giants’ first-round pick tweeted “Y’all try to turn anything into something, SMH we good over here.”

Judging by that tweet, Toney’s bizarre post on Instagram had nothing to do with his role in Joe Judge’s offense. However, it’s possible that he’s just trying to dismiss any rumors to avoid creating tension between him and the coaching staff.

Y’all try to turn anything into something, SMH we good over here

That wasn’t all Toney had to say about the way the public reacted to his cryptic Instagram message.

Toney’s father, Dana Toney, spoke to the New York Post about his son’s rough start. He said the family is trusting the process when it comes to Toney’s playing time. 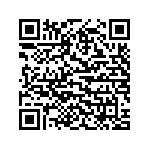 Struggling SAS files for Chapter 11 bankruptcy proceedings in US