The kingpin of the drug ring and others got their sentences recently in federal court.

"He was playing online video games and had his mic on, and that's how I found out what was going on," says Barros.

"I saw that the officers did not take his phone, wallet or keys," says Barros.

He was sentenced to 30 years in prison last week after a task force raided his Highland Park condo in 2019.

They also arrested 10 other people who worked for him.

They included Gina Corwin, a Park Cities mother of 10, sentenced to 30 months, Lisa Young, a stripper sentenced to three years, and Frank Dockery, who was a Plano Police SWAT officer at the time, and now serving 18 years.

"I can't believe they were so many people involved," says Barros.

Lauren Barros says her boyfriend, who wanted to be a vet tech, was struggling with depression and didn't deserve what happened. 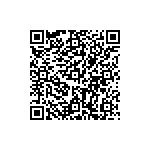 At least 20 escape Syria prison holding IS inmates after quake