This is the outdoors. This is his living room. There aren’t many newspaper writers like Dale left these days.

“The laboring man has not leisure for a true integrity,’’ Thoreau wrote 175 years ago. “He has no time to be anything but a machine.’’

Those words resonate with me every time I think about Dale Bowman.

Because Dale does have time to be something other than a machine.

Here he is now close by in this large aluminum boat that is basically an elongated and motorized dinghy.

There are six of us in here, including four men from the Illinois Department of Natural Resources, with three of them being specialists in the Aquatic Nuisance Species program. Today’s nuisance is invasive carp — silver, bighead, grass and black — all of which have found the Illinois River — where we are, near Starved Rock — to their liking and are proliferating madly.

The creatures could blot out many native species if not controlled, with the dread being they somehow breach locks and dams and an electric barrier, and swim into Lake Michigan. The IDNR men are here, with net fishermen in four similar boats, to make sure none of that happens, or at least to slow its progress until a final plan is cooked up.

Which leads to a considered solution mentioned by program manager Brian Schoenung: Cook the damn things.

The only problems are two. Americans don’t like carp meat. And they don’t like the word carp.

A long-pondered solution that arises anew as Dale and the men chat: Rename the fish and develop swanky carp chefs who can turn bony blobs into delicacies. Chilean sea bass used to be called Patagonian toothfish, you know.

“And,” Schoenung says with a smile, “orange roughy was slimehead.”

It’s hilarious, really, what a good marketing firm and proper seasoning could do for these ridiculously fast-growing things that are so plentiful that Schoenung says there might be 20 million to 50 million pounds that could be harvested in the Illinois-Mississippi basin.

But it’s Dale, the quiet, observant, cheerful outdoorsman that fascinates me most of all. Yes, there are now carp jumping crazily all around us as the netting fishermen roostertail their motors and bang on the hulls with metal gaffs. But Dale observes it all, taking occasional notes, calm as a man in a rocking chair.

This is the outdoors. This is his living room.

The longtime Sun-Times outdoors writer is a legend among those Midwesterners who follow the happenings in nature, that real world around us that we treat almost like a toxin leaking into our computerized fantasyland of Kardashians and games and gossip.

There aren’t many newspaper writers like Dale left these days. Who wants to read about hunting for morels or the precision of micro-fishing — wherein you try to catch fish shorter than an inch — when you can get fungal delicacies at the gourmet grocery and a salmon filet while you’re at it.

But Dale is the link between an indoor, wired world and the outdoor cradle that spawned us, the one we mostly have left behind, with little thought to its needs or health or sanctity.

Dale doesn’t brag about the many, many outdoor adventures he has been on. I mean, have you ever gone noodling for 20-pound channel catfish, that is, sticking your bare arm into a hole and hoping a big’un clamps down on it? Dale has.

Nor does he toss around his expertise like a big shot.

Indeed, the part I’ve always loved most about reading Dale is when he fails to see or land or shoot whatever it is he is after, and merely sinks back in reverie and looks at the sky, the water, the forest, the hills around him.

It was time. I had to ask him what he likes best of all about his job.

Before he could respond via email — this would be after we had returned to civilization — a silver carp jumps past my turned head, spraying me with water and slime — landing with a thunk in the boat. I used to water ski with pals on the Illinois River when I was a teen in Peoria; I wouldn’t do that now.

Dale replied to my question as I hoped he would. His favorite time is the hour before deer season opens, in the woods, alone, “when early sound, sight, smell and touch is felt intensely and I almost feel like I have a psychic connection with the natural world.’’

One-legged Quinn and the King: A tale of good karma coming around for Chinook fishing in Chicago 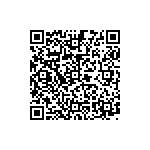