Set at an upscale midcentury magazine, the new movie is an ode to print and a slice of escapism.

In an interview in 2000, Wes Anderson explained the psychic charge he felt from The New Yorker magazine as an aspiring fiction writer growing up in Houston. He loved “reading all the stuff [he] wasn’t going to get to do” in “Goings on About Town.” It seemed to him that in New York,

all the kids could ride up and down on elevators and take subways and walk around in the park by themselves, and it just seemed so much more free and sophisticated and everything. I always kind of was jealous of that.

There’s a sense in which most Wes Anderson movies are about this feeling—the longing to enter some more glamorous, more exciting, more adult scene that’s just a little beyond your comprehension—and also about the rueful suspicion that in fact your kid’s-eye view of that scene might be prettier and better than the real thing, might be a fantasy diorama version of it that you’re eventually going to long to climb back into. And in that sense, his latest, The French Dispatch—an anthology film that all but invites its viewers inside a vintage issue of The New Yorker—feels like some Andersonian ur-text.

The film isn’t set in New York City but in an imaginary croissants-and-mustaches French town called Ennui-sur-Blasé, where Bill Murray is the editor of an enchanting fictional magazine. Murray’s character, who hails from Liberty, Kansas, is an avuncular blend of midcentury New Yorker editors William Shawn and Harold Ross. He presides over a staff of American expat reporters, whose pieces he resolutely will not cut from his next issue, no matter how they stretch the page count. Most of the action seems to take place between the early 1950s and 1970s, exactly the period before The Paris Review moved its offices from Paris to New York, but in every other respect the movie’s magazine is The New Yorker: We are submerged in an homage to its old-world typography, cartoons, subject matter, section headings, and thinly veiled versions of its best-known writers, played by an array of rather underused stars.

Murray and his editorial crew provide the narrative frame. The film moves through an imaginary table of contents, presenting one characterful magazine-style story after the next (titles and page numbers flash up to introduce each section). First there’s a tour of Ennui’s picturesque low-life elements, its “Talk of the Town.” Then there’s the tale of an artist incarcerated for murder, who appears to invent abstraction ex nihilo, and with it some version of the modern art market. Next comes a black-and-white fairground-ride version of the 1968 student uprisings, featuring Timothée Chalamet as a hesitant revolutionary, and Frances McDormand as a Mavis Gallant/Janet Flanner/Lillian Ross–type who seduces him and offers friendly edits on his ill-considered manifesto. Lastly, Jeffrey Wright, in a partial imitation of James Baldwin, attempts to profile a legendary chef named Nescafier (Steve Park), drawing us into a dramatic series of kidnappings, imprisonments, and poisonings.

Anderson’s ever-playful tone can make it hard to tell who the joke is on, but the cumulative effect is a relentless nostalgia for the midcentury good life and the cultural products through which it advertised and celebrated itself—which from the present feels both seductive and a little too much.

Visually, The French Dispatch is a smorgasbord—Anderson seems determined to outdo his previous efforts. There are gleeful references to Truffaut and other New Wave directors. Crowds run straight at the screen or flee away from it; the camera swings like a merry-go-round or is treated like a picture frame. The geometric tricks and perfections, the Buster Keaton physical comedy, are enough to make your head spin. Almost anything a movie camera could possibly do, Anderson makes it do, keeping the viewer constantly aware of its pyrotechnics. There’s no moment of getting lost in a story or a feeling, or even a resonant image—no opportunity to forget that the camera is there.

At the beginning of the film, we see drinks being mixed in close-up for the magazine’s staff, then zoom all the way out to watch a man scurry upstairs to deliver them. The whole building is arrayed like an Advent calendar in which he appears and reappears in different rooms and hallways, always reaching a given window slightly faster than the eye expects. There are many of these toylike vistas. The film skips between black-and-white and color, live action and animation; one character speaks in English to another who replies in subtitled French. There are inserts and speedy cutaways: Léa Seydoux hangs naked upside down in some Man Ray–worthy configuration above a steaming radiator; the narration mentions a rich Kansas art collector’s “doorstop house,” and there it is for a delightful moment—a dark triangular modernist wedge, afloat in a golden field of all-American wheat. A giant fight breaks out in a prison, then freeze-frames halfway through into a ballet, with baguettes dangling from the ceiling.

Anderson’s favored version of the world is often one in which anything resembling real sex or ideology has been vacuumed out, leaving only the parodic trappings of sophistication. The whimsy occasionally feels jarring here because so many storylines involve state power: One takes place mostly in prison, and another in a police department, while cops with tear gas appear in the ’68 chapter. These elements are treated as all part of the game. In the art chapter, we see Seydoux’s character, Simone, posing uncomfortably for the painter Moses Rosenthaler (Benicio Del Toro), who approaches, glowering, in his splattered overalls and pokes her naked abdomen with his brush; we only realize that Rosenthaler is a prisoner and Simone his jailer at the end of the scene, when she dons her guard uniform, complete with hat, handcuffs him, and escorts him back to his cell. In the ’68 story, as soon as the police show up, McDormand’s character helps Chalamet and his activist girlfriend make a jaunty break for it on a bicycle, to spend the afternoon making love.

Watching such a heightened expression of the Anderson aesthetic, I felt a latent unease rising to the surface. There is something alien in encountering an artistic vision so intensely felt and intricately realized, yet with what feels like relatively little inside it. Anderson’s preoccupation with appearance and aura is extreme—and of course he’s highly self-aware about that. The imprisoned-painter chapter feels like a sly parable about the aura of the artwork and its creator. It features Adrien Brody as the art dealer Julian Cadazio, who finds a gold mine in Rosenthaler’s murderous genius. The denouement comes when Cadazio brings a horde of hype-hungry art-world types into the prison to see Rosenthaler’s long-awaited new work, and finds to his outrage that the artist has made his masterpieces aggressively site-specific—there are murals all over a cellblock wall, seemingly impossible to remove, impervious to the desired flows of capital.

Anderson clearly loves the material texture of printed matter, and often favors the vintage fairy-tale approach in which a book’s illustrations come to life. The Royal Tenenbaums was framed as the contents of a library book, and you’d see an image of each chapter heading with its opening lines before the performers obediently appeared and started acting them out. The conceit of The Grand Budapest Hotel— which borrowed Stefan Zweig’s mournful evocations of prewar Vienna as the setting for another twentieth-century Euro farce involving priceless artworks, chases, and nonspecific soldiers—is that the action spills out of a book read by a child who is visiting the shrine of the unnamed author.

The French Dispatch shows The New Yorker as a totemic object evoking a lifestyle rather than as, say, a vehicle for conveying thoughts or information. The film’s main idea is, wouldn’t it be fun to live inside New Yorker–land (whether that’s the reporters and editors reparteeing over cocktails or the colorful antics of their subjects—these blur appealingly into one another)? In other words, Anderson has made a film about a brand—and maybe that’s uncomfortable for me because it’s a reminder that aspirational branding has always been one of the primary purposes of a magazine. I too, after all, was once a child who saved up to buy copies of The New Yorker. And while I believed I was getting it, as readers of Playboy used to say, “for the articles,” it’s also the case that I now work in magazine publishing in New York City, as if attempting to pose as my very own grown-up doll.

At the close of the Jeffrey Wright section—framed as a scene his character cut from his story, but which the editor in his shrewdness senses must be restored as the heart of the whole thing— the journalist visits Nescafier at his sickbed for a conversation that feels like a pointed statement of Anderson’s emotional theme. Nescafier talks wistfully about eating poisoned food that nevertheless allowed him the rare, precious experience of an entirely new taste. And writer and subject bond over their shared feelings of displacement, “seeking something missing; missing something left behind.”

Although you couldn’t miss that they came out of the same sensibility, The French Dispatch felt emptier to me than a film like The Royal Tenenbaums, perhaps because the earlier work addresses its contradictions directly: Following a family of ruined former child prodigies in the mold of J.D. Salinger’s Glass siblings, it’s able to take the perils of sophistication, the loss of your hopes or the disappointment of fulfilling them, the desire to go back to childhood or to the version of your future you imagined as a child, and make them its central subjects, so that the arch jokes and rococo visuals are all imbued with palpable feeling. And because the siblings understand one another’s predicament, their relationships feel real and significant as well.

The French Dispatch tries to make the editorial staff an equivalent kind of family, aware that their world will soon pass away, but they remain a collection of signifiers. There’s really only one character, the one we don’t see—the kid at home paging through a magazine, yearning to be part of whatever vague but gorgeous fantasy it represents, and not grasping just yet that nothing’s ever really going to look that way. 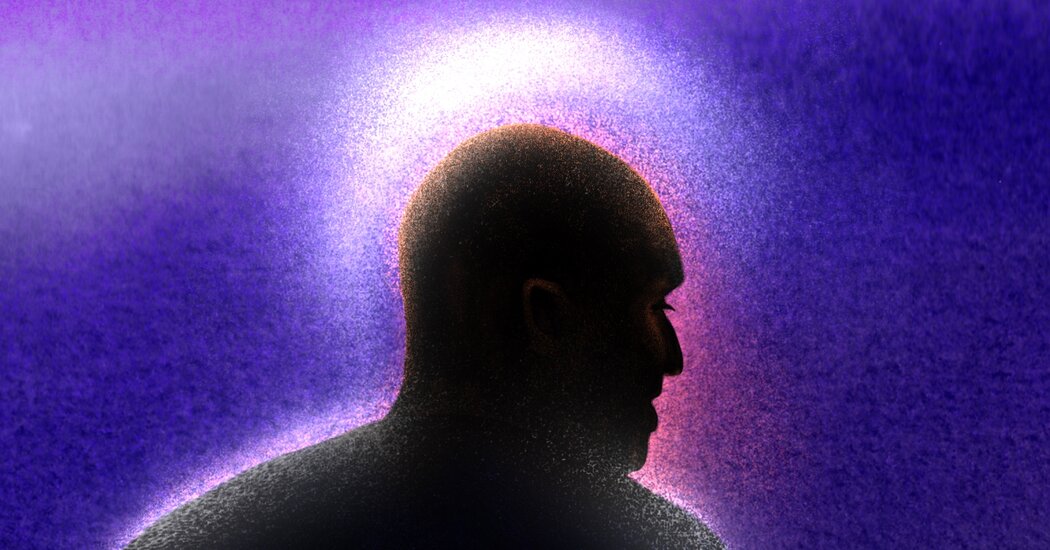