November 12, 2021) - League of Ancients is set to become the next huge cryptocurrency game and the gaming industry is big business. Seen during the late 1970's as a passing trend at best and a joke at worst, fifty years later with a global annual penetration of $152 billion and growing, no one is laughing. Recent innovations in the sector such as Virtual and Augmented Reality, as well as the evolution of mobile phones - and by extension, mobile gaming - has pushed the envelope farther than anyone thought possible. The meteoric rise in mobile gaming specifically has led to the deployment of undeniably the most successful business model ever utilized by mobile games companies - Free-To-Play (FTP). These style of games are still in relative infancy (appearing only 10 years ago) but have already become market leaders, steering the industry ever since their inception.

FTP models earn income by allowing players to use real-world money to instantly unlock extra features, known as microtransactions. Through this process, customers can purchase new player designs, infinite retries or special items, pay to skip a level or even remove bothersome adverts. Because players are already enjoying the game for free, spending money on perks is an acceptable cost in the value for money equation, and therefore the model is extremely efficient, generating vast income for the companies who created them. However, now with the rise of cryptocurrency, an extra model is being added to the roster with immense early success.

PTE is exactly as it sounds. These cryptocurrency (or GameFi as they are otherwise known) titles allow individuals to earn cryptocurrencies simply by playing the game. The earned digital tokens can then be used to buy new items or skins, or traded for real world money. One new game hopes to combine both the best of FTP and PTE, while ringing the nostalgia bell of mobile gamers. Its name?

LOA is a Multiplayer Online Battle Arena (MOBA) game, where two teams of players compete against each other on an enclosed battlefield. Players control one character, which usually has a defining set of skills that contribute to and compliment the overall team. The goal is for one team to destroy the stronghold of the opposite side. MOBA games are fun and addictive, and have achieved enormous success in the industry. Indeed, League of Legends and Defense of the Ancients 2 (Dota2) - the biggest titles in the genre - have a combined total of 120 million active users.

The game is free to play, and players will earn small amounts of $LOA (the game's native cryptocurrency) simply by playing and winning matches. As a further incentive, as players progress through the ranks and experience, the percentage of tokens they earn will increase, as a reward for continued interaction. This not only gives players a very real reason to return beyond the gameplay itself, but also encourages them to form strong teams, which could naturally lead to eSport style tournaments in the future of the project. Furthermore, in order to keep the game balanced, there is no 'play to win mechanic' - all NFTs such as skins are purely cosmetic. However, purchasing NFT skins will allow players to activate a secondary mode of the game where they can earn more tokens. There is also one more very exciting component to the League of Ancients NFT skins that will make them truly revolutionary in the DeFi space.

Fusion is the process of combining NFT skins together to create new ones that have a far higher rarity level and thus LOA earning power. Therefore, if a player is able to use the fusion system effectively and create an extremely rare skin, they will theoretically be able to then just play the game with it to earn a serious passive income through the associated cryptocurrency, or sell it on at a very high value. For the project itself, this will mean a keen involvement in the NFT aspect, which in turn will allow it to generate high levels of profit and grow faster. A win-win for everyone.

Understandably, the project is creating a massive level of buzz in the cryptocurrency space, even though the game itself doesn't even launch until Q4 2022. (The $LOA token is set to launch in early December with an NFT marketplace following shortly after). Indeed, the Discord and Telegram groups alone have over 26,000 and 78,000 members respectively at the time of writing. This level of engagement at such an early stage shows that the team might truly have something special on their hands. If it continues on the same track, League of Ancients could easily become the biggest game that the defi world has ever seen, generating billions of dollars in income, and providing countless players with a fun game that can earn them genuine and serious money.

And they said games were for slackers.

To view the source version of this press release, please visit https://www.newsfilecorp.com/release/103235 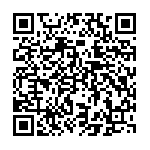