(Newsfile Corp. - November 15, 2021) - UGE International Ltd. (TSXV: UGE) (OTCQB: UGEIF) (the "Company" or "UGE"), a leader in the commercial and community solar sector, is pleased to announce its expansion into the Massachusetts market, starting with more than 100MW of solar-plus-storage and standalone storage projects that are now in early-stages of development.

"As clean energy development gains momentum in more states than ever, UGE is seizing the opportunity, with Massachusetts being the third new market we've entered this year," said UGE's Chief Revenue Officer Tyler Adkins. "41 states have taken policy action in support of renewables this year, while the Department of Energy announced a goal to grow community solar eight-fold in the next four years. As energy prices rise across the country, our team is providing long term savings to more Americans than ever before."

For more than a decade, Massachusetts has been at the forefront of the renewable energy revolution. UGE's projects will take advantage of the Clean Peak Energy Standard, an innovative program providing compensation for the value energy storage brings to the grid. Established in 2020, Clean Peak requires utilities to purchase Clean Peak Energy Certificates (CPECs) from energy storage providers, much in the same way that previous solar programs often required utilities to purchase renewable energy credits. Energy storage systems are charged during the periods of maximum solar production. Then, as a substitute to traditional fossil fuel-powered peaking plants, energy storage provides additional capacity to the grid during peak demand hours, offsetting such power plants' significant carbon emissions. This program is expected to reduce emissions and lower electricity costs throughout the state.

UGE's expansion into Massachusetts has ramped in recent weeks as the Company grew its development pipeline in the state. The pipeline, already in excess of 100MW, is predominantly standalone storage but includes several solar-plus-storage projects, as well. One hundred percent of the pipeline has been originated by UGE's development team; the first projects from the pipeline are expected to enter UGE's backlog by the end of this calendar year and be built within 24 months.

"Entering the Massachusetts market with this momentum and very significant pipeline further demonstrates the strength of our project development capabilities across the U.S.," said Mateo Chaskel, Managing Director of UGE USA. "Energy storage is a key component of the clean energy transition, and we are glad that more jurisdictions are beginning to understand that batteries not only lower emissions, but also reduce energy bills, and have begun to establish markets that drive adoption."

In October, UGE announced a nine-site microgrid portfolio in New York that combines solar, battery storage, and back-up generators. With UGE's Massachusetts expansion expected to include many additional energy storage projects, the Company continues to grow and evolve with the fast-changing distributed generation sector.

In addition, UGE is excited to announce that all three of its submissions for the second year of New Jersey's community solar pilot program received awards from the New Jersey Board of Public Utilities (NJBPU). The three projects have a combined capacity of 2.2MW and are being co-developed with one of UGE's real estate clients. All three projects are expected to reach commercial operation in 2022. NJBPU further announced that New Jersey will now implement a full community solar program, foregoing year three of its previously announced pilot program. UGE has already begun to develop additional projects in anticipation of the opening of New Jersey's program.

UGE develops, owns, and operates commercial and community solar projects in the US and strategic markets abroad. Our distributed energy solutions deliver cheaper, cleaner energy to businesses and consumers with no upfront cost. With over 500MW of global experience, we work daily to power a more sustainable world. Visit us at www.ugei.com. For more information, contact UGE at: +1 917 720 5685, [email protected].

To view the source version of this press release, please visit https://www.newsfilecorp.com/release/103506 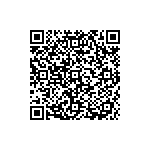