You’re never getting into her bedroom. You probably won’t get past the front door. For years, people have tried to deduce where exactly the supermodel Iman and her husband David Bowie had secreted themselves in the Catskill Mountains, the place where the singer’s ashes are said to be scattered.

They never managed to find out. Even now, few Woodstock locals know the precise location, though it is not far from the storied town that the citified Mr. Bowie derided on his first visit in 2002 as “too cute for words.”

Yet when, a few years later, while recording an album at a local studio, Mr. Bowie happened upon a listing for a mountainside property with views little changed since James Fenimore Cooper described them, he saw in the landscape something more: an escape route from fame.

“David and I were both very protective of our privacy,” Iman said one afternoon in mid-October. “There were certain things nobody else was going to see,” explained a woman who, like her husband, has spent the better part of her life under a microscope. “Our house, our bedroom, our daughter have always been off limits.”

Once you do it for one, “you can’t say I’m not going to do it for another” she said, referring to publications that have, in fact, splashed the interiors of various Bowie residences across their pages — though only after the singer-songwriter, a canny businessman, had put them up for sale and decamped.

We were seated on a leather banquette at the Polo Bar. Recently liberated from lockdown, Ralph Lauren’s midtown clubhouse for the shiny set is once more booming, though not yet serving lunch.

Never mind that. Learning that Iman would be in Manhattan for a few days to promote her first project since Mr. Bowie’s death — called Love Memoir, it is Iman’s first perfume and was inspired by their nearly quarter-century relationship — Mr. Lauren not only threw open the restaurant’s doors in welcome but dressed her for the occasion in a stock-tied floral print prairie dress, chunky silver belt and calfskin Wellington boots.

“When David and I met, we had both had successful careers and previous relationships,” Iman, 66, said. Born Iman Abdulmajid, Iman was 45 and had long since achieved both fame and mononym status when she and Mr. Bowie, 53 at time, were married. “We knew what we wanted from each other,” Iman said in the frank way that is her signature.

People may imagine many things about Iman, projecting onto the screen of her beauty an array of fantasies engendered by someone with her natural refinement, aristocratic bearing and a neck so elegantly attenuated she considered it a superpower at fashion casting calls.

In reality Iman is hilarious and bawdy. As her 800,000 Instagram followers know, she billboards her truth. Her social media posts alternate between glamour shots and typographical renderings of home truths (“We all have chapters that we would rather keep unpublished”) that, issuing from her, somehow seem less like refrigerator magnet bromides.

She swears with abandon and falls easily into conspiratorial laughter with a reporter — that is until the din of a bartender dumping cubes in an ice bin threatens to drown out conversation. The first time it happens, Iman ignores it. Twice and everything around her stops dead.

“Oh, no, no, no,” Iman says, dispatching an associate at a nearby table to bring the velvet hammer down.

Above all, what she and Mr. Bowie wanted, Iman said, was a refuge from a public always greedy for celebrities’ emotional detritus. They were also keen to get away from the psychic clutter of their own mythologies.

In contrast to his elaborately constructed and chameleon-like persona, his superstar status and supersize public presence, David Bowie in private was introspective, a dedicated autodidact and, as Iman said, an old-fashioned hubby so spoiled by her domestic skills (“I make a mean, mean, mean rotisserie chicken”) that seldom after they married did she get to eat in restaurants.

By the time the two met, Iman had long since established a successful cosmetics business, Iman Cosmetics, specializing in skin products for people of color. And she had spent decades turning the putative glamour of a modeling career into a personal fortune.

“It was never for me about the fabulousness,” Iman said. “I came to this country as a refugee. My parents started out poor in Somalia, did well for themselves but then lost everything. So when I came to America, it was a way for me to rebuild. It was a business plan.”

Famously, Iman’s career got its start in the ’70s with a risible fiction ginned up by the photographer and inveterate fabulist Peter Beard.

It was Mr. Beard who introduced Iman to Diana Vreeland at Vogue, claiming that his Somali protégé — a diplomat’s daughter educated at boarding schools in Cairo and at Nairobi University — was the daughter of a goatherd he had stumbled across in the African bush.

“I was not ‘lost’ to be discovered in a jungle,” Iman said with a hoot of derision. “I’ve never been in a jungle in my life!”

From their first meeting, Iman said, she and Mr. Bowie recognized in each other something rare and solid. The immediate emotional charge the musician spoke about when describing that early date was augmented by a shared conviction that they had found in each other kindred spirits, ready to build a partnership far from the celebrity circus.

“I know my identity, and David knew his,” Iman said. “When we met, we agreed on a living life with a purpose.”

Each was strong-minded, and both were intensely focused, she said. “Our focus was on each other, what belonged to us and our daughter,” she said, referring to Alexandria Zahra Jones (Jones was Mr. Bowie’s given name), known as Lexi. “We were very protective of each other.”

To a surprising extent, the couple succeeded in achieving a kind of normal life. Much of their time was spent hidden in plain sight in downtown Manhattan.

“We found that the paparazzi are a little bit lazy here,” she said, unlike in London where a brief house hunting foray turned them into fugitives. “We went for one week and were followed every second from the airport until we got back on the plane. We thought we are never going to live this down, so let’s go home and let them chase someone else.”

Home, while their daughter attended the progressive Little Red Schoolhouse (now called LREI) in Greenwich Village was an apartment near the Puck Building in SoHo, which she recently sold. “It was just me in that big place, and it was actually sadder to be alone there with the memories, just flip-flopping around,” she said.

Increasingly over the last decade, and for much of Mr. Bowie’s well-concealed illness, the couple retreated to their upstate property. It was there that Iman again found herself holing up after Mr. Bowie died of liver cancer in 2016. And it was only there in solitude that she found she could process her grief.

“I really didn’t see anyone,” Iman said, with the exception of her daughter and the modeling agent and activist Bethann Hardison, a neighbor and old friend. Iman cooked. She took daily walks through the woods on her land, with its pristine mountain vistas. And she unexpectedly began to build cairns.

In many cultures throughout history, people have stacked stones to mark paths, to consecrate sacred places or as meditative acts. For Iman, cairn-building became a daily means of doing all these things while also sorting out her memories. (Mr. Bowie’s ashes are scattered on their property.)

“For me, lockdown was good because, in Manhattan, there was no room to fall apart,” she said. Strangers on the street would stop to offer condolences but then insist on taking selfies.

“In the woods I could cry and release the grief,” she said. “Stacking the stones, I began to do one cairn every day. I began to experience the memories more joyfully. And it slowly became less painful for me to see these beautiful sunsets my husband loved without thinking, ‘I have to show this to David.’”

The notion of creating a perfume evolved gradually and organically during isolation, she said. “I’ve been in the beauty business since 1994, and I never created a perfume.”

Every culture has its rituals of remembrance: lighted candles, altar building, the burning of incense and shedding of possessions. Victorians braided their loved ones’ hair into rings and lockets, and Iman’s perfume is, in a sense, a Victorian mourning gesture. The perfume weaves memories from the life she and Mr. Bowie shared.

The carton is a watercolor she drew of an upstate sunset. “The words inside the bottle are words I’ve been writing about love,” she said.

Love Memoir, which comes to market this week, is shaped like two stacked stones, one amber glass and the other hammered gold. The fragrance it contains is a heady and, it should be said, faintly anachronistic blend of bergamot, rose and an essence that was Mr. Bowie’s favorite.

“For 20 years I only wore Fracas,” Iman said. Following Mr. Bowie’s death, she found herself instead wearing his scent — a dry earthy, and faintly woody smell of a common grass native to South Asia known as vetiver.

So it seemed only natural that, when working with the perfumers at Firmenich on the composition of Love Memoir, vetiver would be one of its most powerfully lingering notes.

“People have already asked, ‘Do you intend to create another fragrance?’” Iman said. “I have no idea and no intentions. For me, this really came out of left field. It was a way for me to process my grief and come to terms with my memories.” 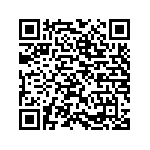 'You have to overcome': Cubans carry on as Hurricane Ian sparks blackout

In Brazil election run-up, even samba is political