All three defendants in the killing of Ahmaud Arbery were found guilty of murder.

Arbery was jogging through a South Georgia neighborhood. The men formed a posse that became what has been described as a “lynch mob.” They stalked Arbery, hunted him down, insisted on detaining him, and then one of the men — Travis McMichael — blasted him three times with a shotgun.

It was caught on video, ironically by one of the men now convicted of the murder.

The guilty verdicts landed oddly for me. This was the right decision, the way it should have gone. There was an impulse to celebrate the victory, but it felt a bit like celebrating a mother caring for her children or respecting a spouse.

If you are humane, this is what you do, not because there is a need for fanfare, but because it is the right and honorable way to behave.

But that’s just it: Our justice system is so racially biased, so often allowing vigilantes and police officers to kill Black people with impunity, that simply having the system not perform in that way becomes extraordinary.

I want to applaud possibility.

I want to clap and shout and dance because I need to be assured that while the racism that ails America may be chronic and metastatic, it needn’t be unfailing and terminal.

I, like many Black people and many people of all races and ethnicities who value justice and equity, needed to be reminded that the lives of Black people are valued in this country — at least on occasion.

We have seen so many cases in which those lives appeared not to matter. Trayvon. Tamir. Eric. Breonna. There are so many names over so many years. The drumbeat of injustice is unrelenting. At a certain point, against your own best efforts, your senses begin to grow numb. The spirit and the mind and the body move to protect themselves from the trauma.

You become conditioned to Black pain. You adjust to its ubiquity.

That is not to say that each case doesn’t destroy a little piece of you, that you don’t grieve each loss and protest each injustice, but rather that psychic survival becomes an act of self-regulation.

And in that vein, the verdicts in this case are a welcome respite.

That doesn’t mean that this case wasn’t without it own issues of inequality and elusive justice.

The police initially did not charge the men and they remained free men for more than two months until the video was made public. The former prosecutor in the case has been indicted on charges that she sought to shield the men from prosecution.

And when the jury was chosen, it was composed of 11 white people and only one person of color.

But in the end, justice still prevailed. The system that has given so many killers of Black men a pass said that in this case, you can’t hunt and corner a man like an animal and take his life.

Of course none of this will change the fact that Arbery was murdered. Nothing can bring him back. Nothing can ease the ache in his mother’s heart. But at least the pain was not compounded the way it was in other cases.

I will only say that a shooting star that streaks across the night sky, that disrupts the darkness, is worthy of being noticed and appreciated. It doesn’t alter the night. It doesn’t convert it into day. It comes without warning, a phenomenon onto itself, not a herald for others to follow.

That is how I will view the verdict in this case: I will simply appreciate it.

I will pray that it provides hope for the scores of other families out there suffering as Arbery’s family is, that it is possible that justice will also be achieved in their cases, that at least for a precious few families, the system works in their favor.

Wednesday’s verdict goes a bit of the way in setting that right. 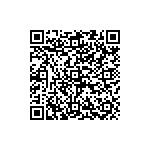