In the trial of Kyle Rittenhouse there were few facts in dispute. Rittenhouse, who has demonstrated some white supremacist inclinations, traveled from Illinois to Kenosha, Wisconsin. He brought an assault rifle with the ostensible purpose of defending business property from looting and destruction related to ongoing protests stemming from the previous shooting of an unarmed black man by police in Kenosha.

The trial involving the death of Ahmaud Arbery also involved self-appointed citizen police officers. In the town of Satilla Shores, Georgia, surveillance video showed Arbery quickly run in and out of the garage of a home under construction. 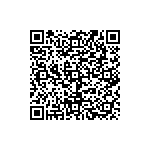 Research: Over 90% of Online Supplement Reviews are Fake!