Still Fighting Over the Turner Prize - The New York Times

LONDON — People are always arguing about the Turner Prize.

For decades since it was founded in 1984, the annual British visual arts award offered up big characters and outlandish works, whose merits were debated in newspaper editorials, in pubs and at dinner parties. By 2001, when Britain’s art scene seemed like the coolest in the world, a prime time audience was tuning in to watch Madonna give out the prize on live television.

Now the prize is a much less buzzy affair, perhaps because the public here is less easily shocked by contemporary art. Where once the tabloid press fulminated against the prize’s nominees, these days much art world discussion takes place in more specialized publications and on social media.

For most of its life, the Turner Prize was a battle between individual artists — or occasionally a duo, like Gilbert and George, who won in 1986 — from a shortlist of four nominees, chosen by a jury in recognition of an outstanding recent show.

But for three years now, there has been no single winner. In 2019, the four finalists rebelled against the rules and, in a surprise announcement at the award ceremony, said they would share the honor and 40,000 pounds in prize money, around $54,000, equally. The following year, after coronavirus lockdowns in Britain shuttered most exhibitions in the country for months, the Tate museum group, which organizes the prize, canceled the award and instead distributed £100,000 as grants among 10 artists.

This year, the judges also decided against anointing a lone figure: The winner, which will be announced in a ceremony on Dec. 1, will be drawn from a shortlist of five collectives, each of whose work has as much to do with social activism as art. The groups’ aims range from developing more climate-friendly eating habits to building solidarity among queer people of color through organizing club nights and workshops.

The nomination of these collectives underlines the quandary for the Turner Prize today: Is its role to capture the zeitgeist, or to reward excellence?

In an interview, Alex Farquharson, the Tate official who selects and oversees the Turner Prize’s four-person jury, insisted that the award was still relevant, whatever its role. “The very fact that the Turner Prize can divide critical opinion, I think, reflects the fact that there is actually a lot of interest,” he said. “It attracts that commentary, it attracts that engagement.”

Yet there is no question that there is less interest than in the 1990s and early 2000s, when the winners’ list was virtually a roll call of the “Young British Artists,” or Y.B.A.s, an entrepreneurial group, spearheaded by Damien Hirst, who upended London’s elitist art scene by staging their own shows in alternative spaces. Some of those artists’ greatest hits include pickled animals, sex dolls and an unmade bed.

Back then, a group of figurative painters calling themselves the Stuckists would gather regularly on the steps of the Tate Gallery to demonstrate against the conceptual art on show inside; in the Stuckists’ eyes, those works weren’t art at all. But over the years, the scandalous offerings of the Y.B.A. generation have been assimilated into the artistic mainstream, and might even seem old-fashioned now.

The shortlists from the prize’s early days were dominated by white men, an imbalance that has only recently started to be redressed. The Black British artists Chris Ofili and Steve McQueen scooped up the award in 1998 and 1999, but it took 18 more years for another Black person to win, when Lubaina Himid became the first Black female winner, in 2017.

The jury’s decision to shortlist only socially engaged collectives prompted complaints that it is putting politics over aesthetics. In an interview, Jake Chapman, one half of the Chapman Brothers duo that was nominated in 2003, said that a lot of art these days served a “very defined and performative sense of social responsibility,” limiting its ability to be experimental and open-ended.

“The explosive, neoliberal individualism of the Young British Artists has given way to the notion of art serving a social purpose,” he said. “I’m just wondering at what point will it merge with Social Services.”

And it’s not just social engagement in vogue among artists right now; collectives are also taking some of the art world’s highest honors. The Indonesian artist group ruangrupa, for example, will oversee the 2022 edition of the Documenta mega-exhibition, a once-every-five-years event regarded as the most important statement about the direction of contemporary art.

The work of the Turner Prize’s nominated collectives is on show this year at the Herbert Art Gallery and Museum in Coventry, England, as part of a drive by Tate to broaden engagement outside London. The exhibition, which runs through Jan. 12, 2022, includes a recreation of a cozy pub adorned with hand-sewn protest banners, created by the Belfast-based group Array, which champions human rights through carnivalesque civic actions; a working studio run by the group Project Art Works, in which “neurodivergent” members of that collective are making art throughout the exhibition’s run; and films by Gentle/Radical, a community of artists, faith ministers, youth workers and activists.

Cooking Sections, another nominee, is presenting an audiovisual installation about the negative environmental effects of intensive salmon farming. Those artists, whose practice investigates the political systems behind the food we eat, have persuaded many museums — including the Herbert, where the show is taking place — to take salmon off their cafe menus as part of their project, “Climavore.”

There’s also an immersive nightclub-like installation by B.O.S.S., a group of Black queer, trans and nonbinary people who build sound systems and organize D.J. sets, performances and other events.

Anish Kapoor, who won the award in 1991, said in an interview that he welcomed the Turner Prize’s political turn in the context of an art world “obsessed with money.”

“I dare to think of it as an anticapitalist move in miniature,” Kapoor said, adding that all the nominees were “very clear that theirs is a social agenda, that art can make deep and real psychic change.”

Such arguments ring hollow to the Turner Prize’s long-term critics. Michael Sandle, a self-described “radical traditionalist” who has never been nominated for the award, said, “It’s all well and good having these views, which are probably genuine — but where is the bloody art?”

“That’s what I want to see, expressed powerfully through an artist,” he said: The prize’s organizers should stop trying to “get on any fashionable bandwagon.”

But artists working together isn’t such a break with the past, said Iwona Blazwick, the artistic director of the Whitechapel Gallery, a London museum. “One hundred years ago, the avant-garde was defined by groups,” she said. “The jury was absolutely correct in recognizing that this is a very powerful, artistic impulse. It doesn’t mean that we will never see a prize for painting or a single practitioner.”

Even some of the nominated artists, however, have criticized Tate for trying to boost its credibility by embracing social justice trends. Just days after B.O.S.S.’s nomination was announced, in May, the group posted a message on Instagram accusing arts institutions of “exploitative practices in prize culture.” The statement added that, for award organizers, “Black, brown, working class, disabled, queer bodies are desirable, quickly dispensable, but never sustainably cared for.”

Those concerns are shared by other emerging artists, including Larry Achiampong, a rising British star, who said in an interview that a competitive, single-winner Turner Prize did not contribute to a “good ecosystem” for art. “This kind of thing where people get placed into an almost gladiatorial arena, is played out,” he said. “It’s not healthy. It builds and creates a natural animosity over time amongst practitioners.”

Achiampong added that Tate needs to rethink the prize so that it offers long-term support to its nominated artists and “does not treat people who deserve awards as tokens.”

“What opportunities will be afforded for them afterward?” he said. “Let it not just be that the artist is used for a moment, but that they get given their dues.”

Yet Farquharson, the Tate official, said it would be “condescending to suggest that there would be some sort of aftercare,” adding that some of the shortlisted collectives had been working successfully for years before their nomination. The Turner Prize was already “a very supportive project,” he said.

Whatever the jury’s decision this year, it is unlikely to cause a stir with the British public; bookmakers are not even taking bets on the outcome, unlike in the prize’s heyday. But within Britain’s art world, more is at stake.

Anthea Hamilton, an artist who was nominated in 2016, said this year’s award was an invitation for Tate and other institutions to build on the conversation started by the nominees, “to be more outward looking” and “less focused on the sensational; the formal; the pretty; the material; the traditional accepted, comfortable ways of looking.” Will Tate take it up? 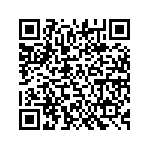