It's time to take on the facts.

Ridley Scott's "House of Gucci" has divided critics with its over-the-top performances and Italian accents straight out of "Super Mario." But the soapy, meme-able drama is actually fairly accurate in its depiction of Patrizia Reggiani (Lady Gaga), who was convicted of hiring a hitman to kill her ex-husband Maurizio Gucci (Adam Driver), one-time head of the Gucci fashion house.

The decades-spanning epic depicts a "Godfather"-style family feud between Patrizia, Maurizio, his father Rodolfo (Jeremy Irons), uncle Aldo (Al Pacino) and cousin Paolo (Jared Leto). Sara Gay Forden, who wrote the 2001 nonfiction book on which it's based, breaks down what's real and what's not in the awards hopeful film.

Not exactly. In the movie, Patrizia calls a hotline for a TV fortune teller named Pina Auriemma (Salma Hayek), who occasionally gives her advice and later helps orchestrate Maurizio’s 1995 murder. In reality, Pina met Patrizia at a health spa and became the socialite’s “closest friend and confidante,” Forden says. "She felt she could trust her and she made her laugh."

Following her 1994 divorce from Maurizio, Patrizia and Pina pamper themselves in the film by going to a mud bath, where they mention casting spells on him.

“The Italian press nicknamed Pina ‘the Black Witch,’ ” Forden says. “She wasn’t actually a witch, but she did tarot cards for fun. That said, in the Milan fashion scene, it was not uncommon to go to psychics and witch doctors. And Patrizia regularly sought spiritual advice and spells from other people, although not necessarily from Pina. Maurizio had a psychic that he went to, too, so that was kind of a thing in those circles.”

'They really took off the cuffs and let me go':Jared Leto transforms for 'House of Gucci'

Was Paolo Gucci really the black sheep of the family?

Yes. As shown in the film, Paolo wasn't taken seriously as a designer and was caught between the "shifting alliances" within his family.

"One of the reasons for all this dysfunction was that ownership was split 50/50 between Aldo and Rodolfo," Forden says. "But Aldo had three sons and Rodolfo had one son, so there was an inherent imbalance in control of the company. Maurizio tried to forge an agreement with Paolo so he could wrest control and force out Aldo, but that fell apart."

Did Maurizio Gucci actually flee to Switzerland on a motorcycle?

Yes. After Rodolfo's death in the early ’80s, Aldo accused Maurizio of forging his father's signature on share certificates to avoid paying inheritance tax. Soon after, Maurizio’s driver got a tip-off that the Guardia di Finanza (the Italian financial police) were coming to search his offices and arrest him.

"He told Maurizio to go down to the garage, pull out his motorcycle and drive three hours to (the town of) St. Moritz across the Swiss border, where Maurizio had inherited a beautiful chalet,” Forden says. “Because the Swiss didn’t have an extradition treaty with Italy, he was safe there and he avoided arrest.”

What happened to Patrizia after Maurizio’s murder?

Despite its nearly three-hour run time, the movie glosses over most of the aftermath of Maurizio’s death. There is a true-to-life moment where Gaga’s Patrizia marches into the former couple’s luxury apartment, demanding that his girlfriend Paola Franchi (Camille Cottin) move out.

Less than 24 hours after Maurizio was killed, "she showed up with her daughters and said, 'I’m not here as a wife, I’m here as a mother,' " Forden says. "She kind of swept in and unceremoniously kicked Paola out."

Patrizia wasn’t arrested for her connection to the case until nearly two years later. Her lawyers attempted to mount a defense that she was "mentally incompetent," after having a benign brain tumor removed in 1992.

"The court ordered a psychiatric evaluation and they found that she was of sound mind, so they shot down the insanity defense," Forden says. Patrizia's lawyers also tried but failed to pin the whole thing on Pina.

Compounding the case against her, Patrizia sent Maurizio numerous death threats and verbally abusive messages, which she recorded on cassette tapes and mailed directly to him after their split. They "ended up being introduced as evidence in the trial and were played in the open courtroom," Forden says.

Patrizia was found guilty of premeditated murder in 1998 and sentenced to 29 years in prison. In 2000, she attempted to commit suicide by hanging herself with a sheet, and was found by guards and briefly hospitalized. She was eventually released in 2016, despite becoming eligible for parole under a work-release program in 2011, which she declined.

The movie's first 40 minutes depict an almost fairy-tale romance between Patrizia and Maurizio, who married against his father's wishes in 1972.

"Rodolfo thought she was a gold digger who was after his money," Forden says. "He even went so far as to go to the cardinal of Milan to try and block the wedding. Maurizio married her anyway, his father wrote him out of the will, and he went and moved in with Patrizia."

When Maurizio lost control of the Gucci company in the early ’90s, he started to "spend money like water" and Patrizia worried about losing her part of his fortune, Forden says. But even after his murder, Patrizia maintained she had genuine love for him.

"I conducted a courthouse correspondence with her while she was in jail and she talked quite a bit about her early years with Maurizio," Forden says. "She said something like, 'Maurizio was the man who I loved the most, despite everything that happened.' So I do believe there was true love at the beginning. I also believe she was really propelled by her mother to marry not only a wealthy man but a man with a big name. And he really fit that bill." 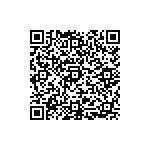 Colombia repatriates 274 priceless artifacts from US