A Student Was Murdered Near Columbia. What Should the University Do? - The New York Times

Several years before Tessa Majors was murdered during a robbery in Morningside Park in December 2019, a few months into her freshman year in college, Brad Taylor found himself in a meeting asking for reinforcements. Mr. Taylor was and remains the president of Friends of Morningside Park, a volunteer organization that works to maintain the under-tended, narrow stretch of green space, about 13 blocks long, that physically separates Columbia University from Harlem to the east.

At the meeting, Mr. Taylor asked a representative of the university’s security operation if it would be possible to occasionally send someone to patrol the park’s steep staircase, parts of which he believed were hazardously obscured. It was there that Ms. Majors would eventually encounter her attackers.

By then, students were moving through the park all the time, so it was reasonable to imagine that Columbia might increase its presence there. Perhaps, Mr. Taylor thought, a security booth could even be installed at the bottom of the steps. These requests were denied, he told me recently.

Last week, in an eerie reprise, another student from the Columbia community — Davide Giri, who had been working toward his doctorate in computer science — was fatally stabbed just outside the northern tip of the park, near a public elementary school. This occurred a few days after a Temple University student was gunned down in Philadelphia and less than a month after a graduate student at the University of Chicago was murdered, the third student killed on or near that campus over the course of a year.

At Chicago, the incidents led to a student protest a few weeks ago in the name of greater safety measures; approximately 300 faculty members also signed a letter to the administration pointing to “an existential crisis” that they believed would affect the university’s ability to attract new students. What was the value of the school’s commitment to intellectual risk if it could not protect its charges from the most devastating kinds of physical harm?

Visually, there are few clearer illustrations of our inequality than the adjacency of regally designed universities with multibillion-dollar endowments and single-digit acceptance rates to neighborhoods haunted by generations of intractable poverty. Rising crime rates in cities around the country, where campuses typically have porous boundaries, resurrect questions about safety and institutional responsibility, about the tensions between elite universities and the surrounding areas they all too often view merely through the lens of potential real-estate acquisition.

In the case of Mr. Giri, the police quickly arrested someone — a 25-year-old, Vincent Pinkney, with a criminal record, who is accused of wounding a second person that same night, a Columbia graduate student who had just arrived from Italy to be a visiting scholar, and threatening a third. The police announced that more officers would be placed in the park. Columbia added its own safety patrols on sections of Broadway and Amsterdam Avenue and around Morningside Park, actions similar to those taken after Ms. Majors’s death. But to Mr. Taylor, the painful irony around this recent incidence of deadly violence is that it took place a block or so away from Columbia University’s School of Social Work, which, in various iterations, has been instrumental in the evolution of a discipline dedicated to alleviating urban suffering for more than a century.

Critics of the entitlements enjoyed by universities often point to the need for them do more out of moral, if not legal, necessity. Last year, after mounting pressure, the University of Pennsylvania announced that it would donate $100 million to the struggling school system of Philadelphia over 10 years. In light of last week’s tragedy, I spoke about these issues with Councilman Mark Levine, whose district includes Morningside Heights and Manhattanville, where Columbia is in the midst of a $6.3 billion expansion. He said that although the data did not show a rise in assaults in Morningside Park, the city was seeing an increase in reports of people feeling threatened by those dealing with obvious mental health challenges.

In the instance of Mr. Giri’s alleged assailant, Mr. Levine said, police officers described him as a longtime gang associate, who, in this case, seemed to be having a psychic unraveling or an episode provoked by substance abuse. Mr. Levine maintained that Columbia should be investing more in mental health services in Upper Manhattan, and that it had an obligation to address the city’s failings.

A spokesman for the university pushed back against the characterization that it was not doing enough, arguing that the university was deeply invested. It has a wellness center in Harlem, and a few days before the murder, Columbia announced a public-health initiative to bring education and resources, including virtual and in-person forums, to low-income communities with psychological wounds left from the pandemic.

In connection with the Manhattanville expansion, the university committed $150 million to benefit the community around the new campus, $20 million of which is earmarked for an affordable housing fund. While this is undoubtedly a large sum of money, it pales in comparison to the ways in which the city might gain if Columbia were taxed in a manner more aligned with the private sector. Like any university, Columbia is relieved of tax encumbrances on its endowment — which stands at approximately $14 billion — and like any university, it is largely exempt from paying property taxes. In terms of the number of buildings and parcels of land it holds, Columbia is the second biggest property owner in New York City.

I asked James Parrot, an economist with expertise in taxation at the New School’s Center for New York City Affairs, what Columbia would owe if its real estate holdings were taxed, say, like Citibank’s. For the fiscal year 2021 alone, he calculated an estimate of $320 million.

Unlike Central Park or Brooklyn Bridge Park, Morningside attracts comparatively little fund-raising, and it has a long and fraught history with Columbia, which during the past fiscal year saw a 32 percent return on the managed assets in its endowment portfolio. According to Mr. Taylor, the park receives about $2,500 a year in contributions from the university. In the 1960s, Columbia brazenly decided it would build a gym in the park and give the Columbia community access on one level; Harlem residents could enter through the basement, where they would be able to avail themselves only of a small portion of the building’s assets. The issues of racism and segregation inherent in the conception and design provided one of the primary catalysts for the student uprisings in 1968, which succeeded in stopping construction on the project.

Within the decade, Columbia got its gym, a $12.7 million facility with 17 squash courts built not on public land in Morningside Park but at the north end of campus. Fifty-three years later, Mr. Taylor is scrounging around for money to expand a STEM program in the park for young children. He needs $5,000. 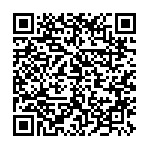