Increasing numbers of young people are turning to apps such as Snapchat and TikTok during the ongoing pandemic, leading to a proliferation in online threats and a headache for schools and law enforcement.

In some cases, alleged threats made on these sites have resulted in serious charges against juveniles.

This month in Texas, three students in Lewisville ISD were arrested for allegedly making threats against campuses on Snapchat.

The three students were detained away from their campuses, according to reports. Police say the student who is facing misdemeanor charges created and spread the original threat on Snapchat. The other two students knew the threats were false but continued to spread them, according to police. All three students are being held at the Denton County Juvenile Detention Center.

The arrests came in the same week that a Lewisville IDS student was arrested by Flower Mound police for making a threat against Marcus High School in an unrelated case, police said.

Schools in Texas and elsewhere went on high alert on Dec. 17 over a TikTok post warning of a national “school shooting day.” 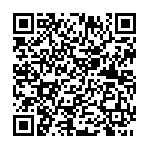