NFM Lending is pleased to honor Combat Engineer and Army Specialist John Lanier, USA, as the NFM Salute for March 2022.

Lanier was drafted in 1965 just as the military sent more troops to Vietnam. While many in his training class went to Vietnam, Lanier deployed to newly-formed South Korea. After the end of the Korean War in 1953, the young country was going through social and political turmoil. As a combat engineer, he was responsible for rebuilding the nation’s infrastructure and maintaining peace among civilians.

Though he was not in a war zone, Lanier witnessed harrowing events that have stayed with him ever since. He saw his translator friend Kim die trying to stop a man unknowingly handling an undetonated land mine. Another time, he watched villagers perish when they were unable to evacuate in time during a monsoon. “It just swept them down the river, all of the bodies, and the screaming and hollering…we couldn’t get them,” he remembers. “It stuck. It stuck in my mind, over and over.”

After leaving the military, Lanier suffered from various physical ailments and post-traumatic stress disorder (PTSD). Living with so much pain was difficult for Lanier, but his family gave him hope to keep moving forward. Raising his son Jeremie was “nothing but a joy,” and he credits Jerline, his wife of 48 years, for staying by his side through thick and thin.

More recently, Lanier and his family encountered financial hardship and struggled to pay their mortgage and other expenses. Fortunately, they received a donation from Code of Vets, which allowed them to stay in their home and pay for essentials.

Although his time in South Korea will forever be part of his life, Lanier refuses to let troubled thoughts consume him. “I just try to forget, try to keep things out of my mind and every once in a while, something on the T.V. or something like that pops up and brings back memories, but I try to cope with it.”

Lanier resides in Lynchburg, VA, with his wife.

The NFM Salute is an initiative that honors one military member or Veteran each month as the “Salute of the Month.” Salutes are chosen from nominations on the NFM Salute website, www.nfmsalute.com. The “Salute of the Month” is featured on the website with a biography and information about their service. NFM Lending will donate to a non-profit in the Salute’s name. NFM Lending is proud to donate $2,500 to Code of Vets in honor of Lanier. NFM looks forward to the opportunity to continue to honor military service members and Veterans through the NFM Salute initiative. 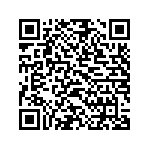