White House says concerned about recession but US economy strong

With inflation soaring at the fastest pace in more than four decades, sending prices for gas and housing rocketing, Americans are feeling the pain and the Federal Reserve is cranking up interest rates to try to cool the economy, fueling fears of a sharp downturn.

Despite a contraction in the first three months of the year, core parts of the world's largest economy remain in good shape, including the labor market and consumer spending, Cecelia Rouse, head of Biden's Council of Economic Advisers said on CNBC.

"When we look at recession (risks) ... that's obviously a concern, but the bones of our economy are solid," she said, noting that the United States is better positioned to face the challenges than most other nations.

On Sunday, Treasury Secretary Janet Yellen also tried to quell recession fears, saying a downturn is not "inevitable" even while the economy will slow as it "transitions to stable growth."

Rouse said Biden is focused on the inflation challenge, which is related to the Covid-19 pandemic: "It's not easy to turn back on a global economy."

Global supply chain snarls have been a key factor in fueling the prices increases, and pandemic lockdowns in China are adding to the ongoing uncertainty.

But Russia's invasion of Ukraine was a "game changer," she said.

"We all hope the Fed can get inflation under control without ceding too much on maximum employment," Rouse said "We all hope for the longed-for soft landing."

Richmond Federal Reserve Bank President Thomas Barkin said there is a risk of recession, but agreed there are many signs the economy remains strong.

"Data on today's economy still looks relatively healthy. Tomorrow is of course unclear," Barkin said Tuesday in a speech prepared for delivery to an event in Richmond.

However, he acknowledged that with the Fed raising interest rates and an uncertain outlook for the global supply chain, fears of a coming downturn are not surprising.

But "not all recessions are equal," he said, and "it's worth remembering that most other recessions aren't that long or that deep."

Getting the economy back to normal in the wake of the supply disruptions "doesn't have to require a calamitous decline in activity."

Barkin echoed comments from Fed chief Jerome Powell that the central bank has the tools and will do whatever it takes to bring down inflation, but he cautioned that "we may or may not get help from global events and supply chains. There is of course recession risk."

Earlier Tuesday, during a discussion with the National Association for Business Economics, Barkin said it was not yet clear how fast and how far the central bank will have to move.

"You want to get back to where you want to go as fast as you can without breaking anything," he said. 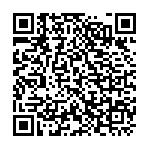 US inflation eases in October but still near decades-high

US Fed chair admits recession a 'possibility' after rate hikes