A spiral of worker strikes in Europe's crucial aviation sector and cancelled flights at a time when millions of travellers are looking to escape for the summer, threaten the sector's tentative recovery.. On Monday, a strike by security staff at Brussels' Zaventem airport led to the cancellation of all the day's flights.

A spiral of worker strikes in Europe's crucial aviation sector and cancelled flights at a time when millions of travellers are looking to escape for the summer, threaten the sector's tentative recovery.

Airports and airlines are buckling under the pressure of demand pent up during the pandemic that has been unleashed on understaffed and stretched operations across Europe.

A coordinated strike by Ryanair flight attendants in five European countries has thrown a spotlight on volatile labour relations at low cost airlines.

In Spain, "we have a basic salary of only 950 euros" and "when you don't fly, you earn 950 euros, that's all," complained Pier Luigi Copellon, a steward based in Barcelona for 14 years.

At France's Transavia and Spain's Volotea the prospect of summer strikes is a growing possibility.

At Brussels Airlines, which is on strike on Friday, "a crew member works between 50-60 hours over five days on average," said Claudia de Coster, a cabin purser and a representative of Belgium's Setca-FGTB union.

Frontline airport security is suffering more than any other aviation workforce from understaffing as traffic picks up.

Baggage and passenger screening  officers at inspection points are being forced to manage massive footfall with fewer hands on deck than before.

"We end up with two or three instead of five per security checkpoint," said Said Abdou, a Securitas employee at Paris Orly airport and a representative of the CGT union.

"The pace is so fast. Securitas had hired 17 people recently, they did a day and they didn't come back -- it was too hard," he said.

Eight of his colleagues suffered burn-out, he said, because they were refused leave this summer.

Said Abdou earns 1,500 euros after taxes and deductions, paid 13 times a year, and an individual performance bonus of 500 euros per year after 18 years of service.

On Monday, a strike by security staff at Brussels' Zaventem airport led to the cancellation of all the day's flights.

"Among the baggage handlers, there are those who put the luggage on the carousel, those who are squatting in the aircraft hold to pack it up, it's very tiring," said Luc Atlan, an organiser in the airport branch of France's Unsa union.

Baggage handling companies, which depend on major contracts from the likes of Air France, massively reduced staff at the height of the pandemic.

The sudden rise in the rate of growth leads to "working under pressure. And with the lack of personnel you go fast and you get hurt. There's going to be an increasing rate of absences", said Atlan.

They are less prominent than other front-line workers in the aviation ecosystem, but vital to the smooth running of the airport.

The people charged with accompanying people with reduced mobility are no less essential to the travelling public.

"We have a lot of delays, a lot of mistakes," said Ali Khiati, a member of the SUD union's aviation section.

"There are people waiting for an hour on the plane," forcing the plane to remain grounded.

"When you arrive after an hour, you are shouted at by the captain, by the customers, even though you only got the order five minutes previously," said Khiati.

"I feel the summer will be catastrophic," he said, adding that he had never seen anything like it in his 18-year career.

"A week ago, 21 people in the same day missed their plane. There were 16 who were leaving for Algiers, we put them in a (waiting area) -- but there was so much work that the dispatcher forgot about them," he said . 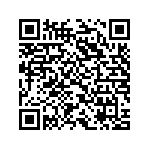