Gas now flows to Romania from a new Black Sea platform operating in waters where mines and warships have been spotted.. "We've had mines detected close to the platform, we've had warships that go close to our platform and we've had airplanes circling our platform," he added.

Gas now flows to Romania from a new Black Sea platform operating in waters where mines and warships have been spotted.

The dangerous reminders of the war raging nearby in Ukraine underscore Romania's determination to cut its reliance on Russian natural gas imports.

With fears growing across the European Union that Moscow will cut gas shipments in retaliation for EU support to Ukraine, countries are scrambling to find alternative supplies.

"Romania is taking a decisive step to ensure its energy security... at a time when international gas supplies are threatened by the war in Ukraine," Prime Minister Nicolae Ciuca said on Tuesday as he inaugurated a processing plant belonging to Black Sea Oil & Gas (BSOG) in the southeastern village of Vadu.

While Romania has significant reserves on land and at sea, it still has to turn to Russia in winter to cover around 20 percent of its consumption.

Backed by American private equity firm Carlyle Group LP and the European Bank for Reconstruction and Development, BSOG began two weeks ago to tap into underwater deposits, becoming the first new offshore Black Sea development in the past 30 years.

"Today we are facing an emergency in terms of energy supply. We must put our old devils in the closet... and start producing locally," said Thierry Bros, an expert on energy and the climate at Sciences Po university.

In Vadu, BSOG CEO Mark Beacom said he hopes that the "state-of-the-art" infrastructure put in place by his company will be used for future gas or renewable energy projects in the Black Sea. 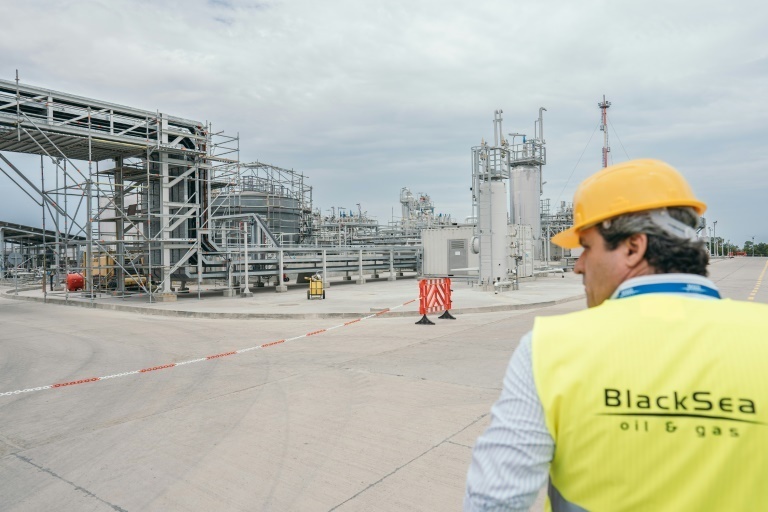 But the invasion of neighbouring Ukraine by Russia has complicated the situation.

"We are not in a war zone, but we are close enough and it clearly has an impact," he said.

BSOG holds two concessions about 120 kilometres (65 nautical miles) from the Romanian coast, part of which, ironically, was recovered in 2009 by Bucharest from Ukraine, following a decision by the International Court of Justice in The Hague.

The Austrian group OMV and its Romanian partner Romgaz have yet to decide whether they will go ahead with the Neptun Deep project to tap between 42 billion and 84 billion cubic metres of gas.

Bucharest hopes the two groups will launch extraction as soon as 2026, which would allow Romania to "become completely independent in terms of gas" and export the excess to its neighbours, said Energy Minister Virgil Popescu. 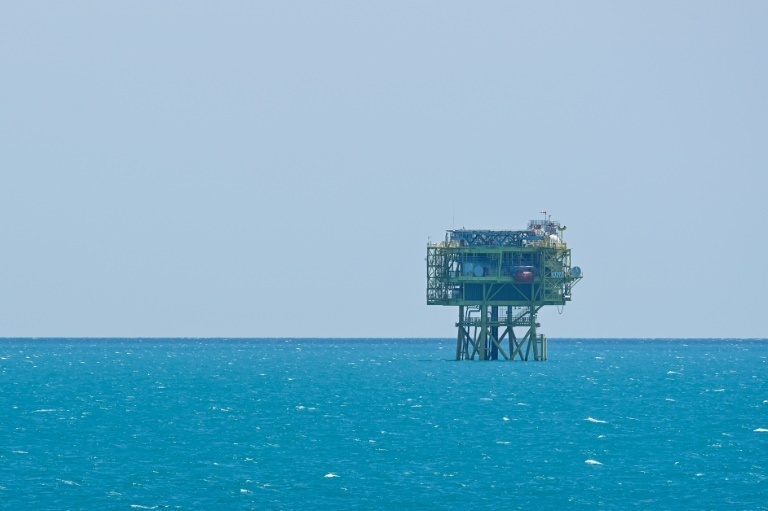 According to a 2018 study by auditing firm Deloitte, offshore gas could bring in $26 billion in tax revenue to Romania's government over a planned 23-year period of operation.

After much delay, parliament finally amended in May a law unfavourable to offshore investments, which had notably prompted ExxonMobil to withdraw from the Neptun Deep project at the end of 2021, after having invested around $2 billion there jointly with OMV.

"If we want to win against the Russians, we need energy," said Bros, warning that the time when "energy was guaranteed" within the EU may be over. 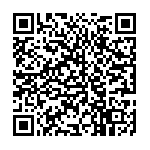