Under the steady hum of a ceiling fan, Ahmed Othman weaves golden threads through black fabric, creating Koranic verses, a century after his grandfather's work adorned the Kaaba in Mecca's Grand Mosque.. "For a whole year, 10 craftsmen" would work on the kiswa that covers the Kaaba which pilgrims circumambulate, using silver thread in a lengthy labour of love.

Under the steady hum of a ceiling fan, Ahmed Othman weaves golden threads through black fabric, creating Koranic verses, a century after his grandfather's work adorned the Kaaba in Mecca's Grand Mosque.

A ceremonial hanging of the kiswa, huge pieces of black silk embroidered with gold patterns, over the cubic structure that is the centrepiece of the Grand Mosque symbolises the launch of the hajj annual pilgrimage, which starts this week.

Othman's family used to be honoured with the task of producing the kiswa.

His family's creations would be despatched in a camel caravan to Islam's holiest site in western Saudi Arabia towards which Muslims across the world turn to pray.

Now, Othman keeps the tradition alive in a small workshop, tucked above the labyrinthine Khan al-Khalili bazaar in central Cairo, where mass-produced souvenirs line the alleys. 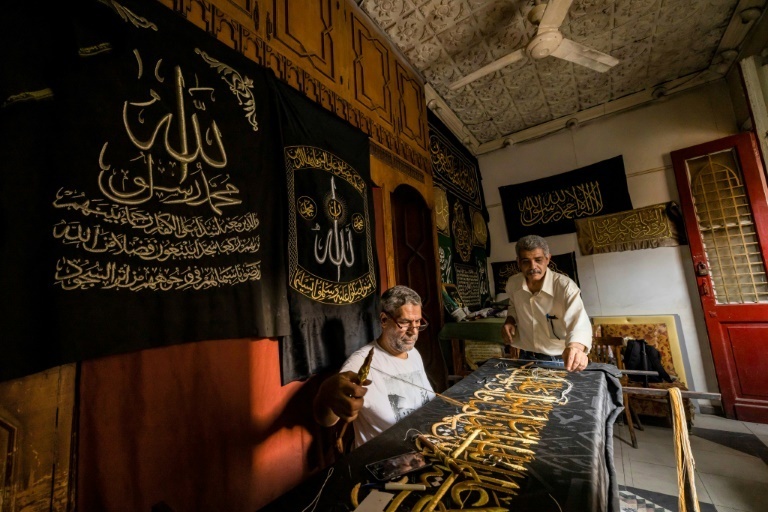 This wouldn't be the case "if there was good money in the craft", Othman sighed, hunched over one of the many tapestries that fill his workshop.

Sheets of black and brown felt are covered in verses and prayers, delicately embroidered in silver and gold.

Every stitch echoes the "sacred ritual" Othman's grandfather was entrusted with in 1924.

"For a whole year, 10 craftsmen" would work on the kiswa that covers the Kaaba which pilgrims circumambulate, using silver thread in a lengthy labour of love.

From the 13th century, Egyptian artisans made the giant cloth in sections, which authorities transported to Mecca with great ceremony. 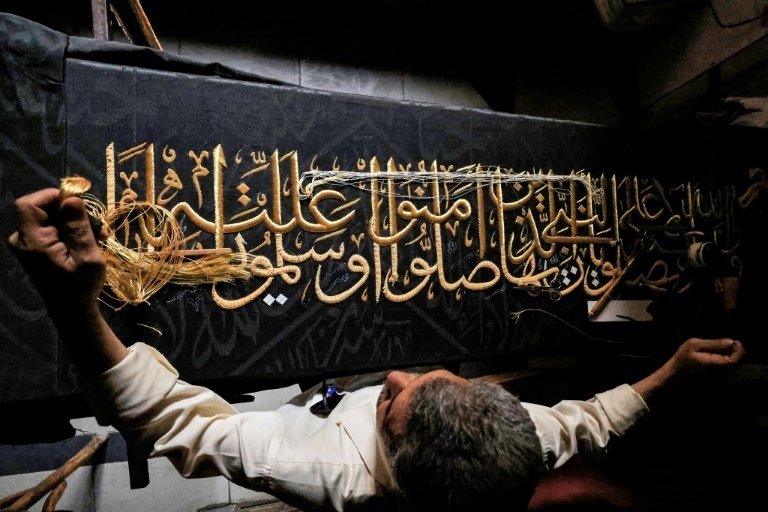 Celebrations would mark the processions through cities, flanked by guards and clergymen as Egyptians sprinkled rosewater from balconies above.

Othman's grandfather, Othman Abdelhamid, was the last to supervise a fully Egyptian-made kiswa in 1926.

From 1927, manufacturing began to move to Mecca in the nascent Kingdom of Saudi Arabia, which would fully take over production of the kiswa in 1962.

The family went on to embroider military regalia for Egyptian and foreign dignitaries, including former presidents Gamal Abdel Nasser and Anwar Sadat. 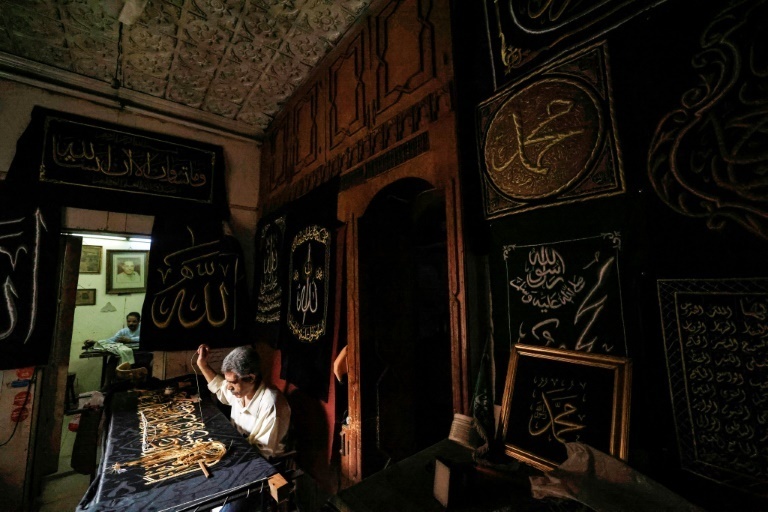 "In addition to our work with military rank embroideries, my father started embroidering Koranic verses on tapestries," and then reproducing whole sections of the kiswa.

Clients began flooding in for "exact replicas of the kiswa, down to the last detail".

Though today they offer small tableaus for as little as 100 Egyptian pounds (about $5), massive customised orders go for several thousand dollars, such as replicas of the Kaaba door, which Othman proudly claims are indistinguishable from the originals in Mecca.

But the family has not been immune to the economic turbulence that began with the coronavirus pandemic, which decimated small businesses and craftsmanship in Egypt. 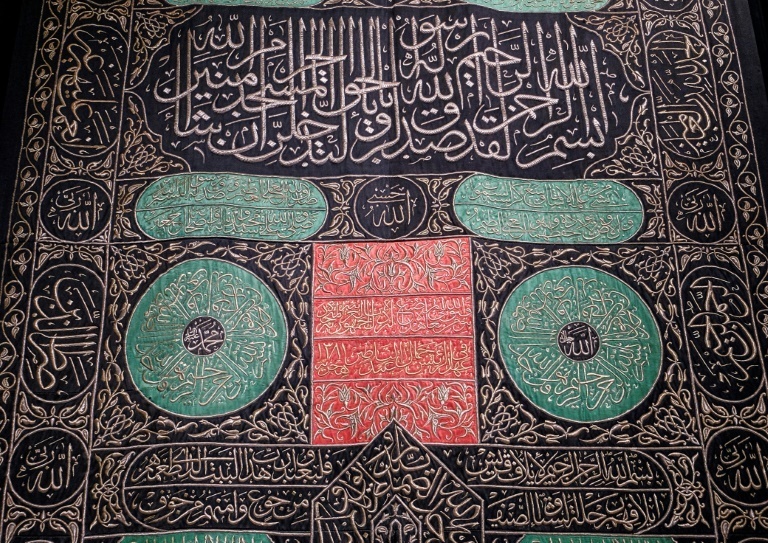 Since early 2020, they have sold around "two pieces per month", whereas before they would sell at least one tapestry a day.

Othman worries that a sense of "worldwide austerity" makes business unlikely to bounce back.

Today, there might only be a dozen or so craftsmen whose work he considers authentic, with many artisans leaving the craft for quicker cash flows.

But still, a century and a half after his great grandfather left his native Turkey and brought the craft with him to Egypt, Othman says he has stayed loyal to techniques learnt as a child when he would duck out of school to watch his father work.

"It's on us to uphold the craft the same way we learned it, so it's authentic to the legacy we inherited," he said. 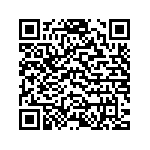