Paul Anka -- the silky-voice crooner who wrote such evergreen classics as "She's a Lady" and the lyrics to "My Way" -- has been around the block since he scored his first global number one in 1957.. The song ushered in the era of teeny bopper stars, with Anka the first teenager ever to score a number one hit in Britain.

Paul Anka -- the silky-voice crooner who wrote such evergreen classics as "She's a Lady" and the lyrics to "My Way" -- has been around the block since he scored his first global number one in 1957.

But it has taken the Canadian 80 years to headline one of the world's top jazz festivals alongside legends like George Benson, Gilberto Gil and Van Morrison.

"It's gonna be a thrill for me" to play the Juan Jazz Festival on the French Riviera -- which starts Wednesday -- Anka told AFP from his home in Los Angeles.

Indeed, the line-up is a gathering of pure jazz royalty, from Herbie Hancock to Diana Krall, Stacey Kent and the genius Armenian pianist Tigran Hamasyan.

But Anka's roots are pure pop, going straight to the top of the hit parade -- as it was then called -- with his debut smash, "Diana", when he was only 16.

The song ushered in the era of teeny bopper stars, with Anka the first teenager ever to score a number one hit in Britain.

The song told of Anka's unrequited love for an older woman who was "out of my league" -- Diana Ayoub was 19 at the time -- and he used to pine for her after spotting her at his Orthodox church in Ottawa.

The son of Syrian and Lebanese immigrants, Anka grew up speaking French, which is how he came to write the English version of one of the 20th century's most sung songs, "My Way". 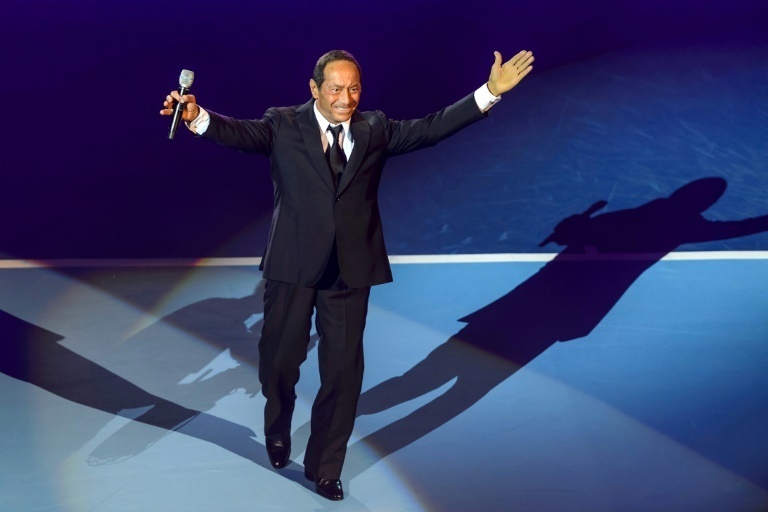 His take on the standard, which was originally recorded by the French singer Claude Francois as "Comme d'habitude", became Frank Sinatra's signature standard, as well as a hit for Elvis and the Sex Pistols' Sid Vicious.

"I have a great history with France, with French people and the music," said Anka.

"I have to do some of the original hits that first took me to France when I was a young boy -- 'Diana', 'You Are My Destiny' and 'My Way' of course," he added.

Anka was slated to sing "My Way" at Donald Trump's inauguration as US president in 2017 before pulling out, although he avoided saying whether he supported him.

"You've got a better chance of getting a sunrise past a rooster on that one," he said.

While his full-on romantic standards such as "(You're) Having My Baby" may be slightly cheesy to some, his songs and celebrity have endured.

"Put Your Head on My Shoulder" inspired a viral TikTok challenge last year, and "She's a Lady" -- which he also wrote -- is one of Welsh singer Tom Jones's biggest crowd-pleasers.

Anka also popped up on stage next to Lisa in a 1995 episode of "The Simpsons" called "Treehouse of Horror VI" in which he co-starred.

The singer was and is still friends with some of France's musical greats, and hinted that he would pay homage to some of them during his show in Juan-les-Pins.

"You'll see when I do my show... I was connected to all the French singers from (Charles) Aznavour, to Johnny Hallyday ("the French Elvis"), Gilbert Becaud and Mireille Mathieu, whom I wrote an album for.

"One of my favourites was Michel Colombier," a prolific Hollywood film composer who "wrote a couple of albums with me".

Anka said he wanted to "get the sense of the audience" before deciding what to play, although there would be a tribute to Sammy Davis Jr. "I can't be selfish and do what I want for myself.

"I want to be eclectic... I don't know if I will have time to sing anything from the new album, and I don't know if anyone will be interested," quipped the singer, who has just recorded a new television special.