Rescuers warned Monday that hope of finding survivors was diminishing after an avalanche set off by the collapse of an Italian glacier during a heat wave killed at least six people.. On Monday, rescuers armed with thermal drones searched for body heat from potential survivors trapped in ice, though hope was rapidly dwindling.

Rescuers warned Monday that hope of finding survivors was diminishing after an avalanche set off by the collapse of an Italian glacier during a heat wave killed at least six people.

Authorities said they did not know how many climbers were hit when the glacier gave way Sunday on Marmolada, the highest mountain in the Italian Dolomites.

Ice and rock thundered down the slope at 300 kilometres an hour (185 miles per hour), according to Trento province chief Maurizio Fugatti.

On Monday, rescuers armed with thermal drones searched for body heat from potential survivors trapped in ice, though hope was rapidly dwindling.

The disaster struck one day after a record-high temperature of 10 degrees Celsius (50 degrees Fahrenheit) was recorded at the summit of the glacier, the largest in the Italian Alps.

The glacier had been weakened by decades of global warming, experts said.

Alpine Rescue spokeswoman Michela Canova told AFP an "avalanche of snow, ice and rock" hit an access path at a time when there were several roped parties, "some of whom were swept away". 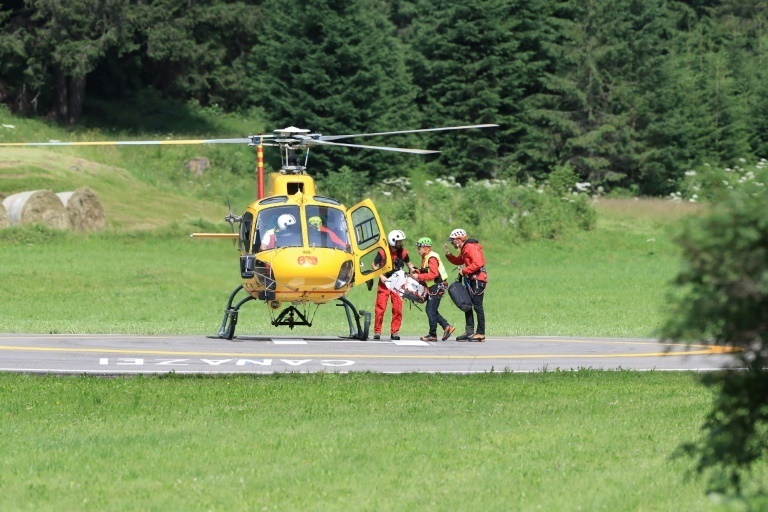 A spokesman for the Trento province said people were still being reported missing.

Trento's chief prosecutor Sandro Raimondi was cited by Corriere della Sera as saying he feared the number of dead "could double if not triple", based on the number of cars in the carpark.

But Canova urged caution, saying the total number of climbers involved was "not yet known". Eight people were recovered with injuries.

Bodies dug out of the ice and rock were taken to the village of Canazei, where Italian Prime Minister Mario Draghi was expected later Monday.

Helicopters and sniffer dogs were called off as night fell and amid fears the glacier may still be unstable.

"It is difficult for the rescuers in a dangerous situation," Canazei mayor Giovanni Bernard told AFP.

Images of the avalanche filmed from a refuge close by show snow and rock hurtling down the mountain's slopes.

"It's a miracle we're alive," Stefano Dal Moro, an engineer who was hiking with his Israeli partner told Corriere della Sera.

"There was a dull noise, then that sea of ice came down. It's useless to run, you can only pray that it doesn't come your way.

"We crouched down and hugged each other tightly as the ice passed".

Massimo Frezzotti, a science professor at Roma Tre University, told AFP the collapse was caused by unusually warm weather linked to global warming, with precipitation down 40 to 50 percent during a dry winter.

"The current conditions of the glacier correspond to mid-August, not early July," he said.

Glacier specialist Renato Colucci told AGI that the phenomenon was "bound to repeat itself", because "for weeks the temperatures at altitude in the Alps have been well beyond normal values".

The recent warm temperatures had produced a large quantity of water from the melting glacier that accumulated at the bottom of the block of ice and caused it to collapse, he added. 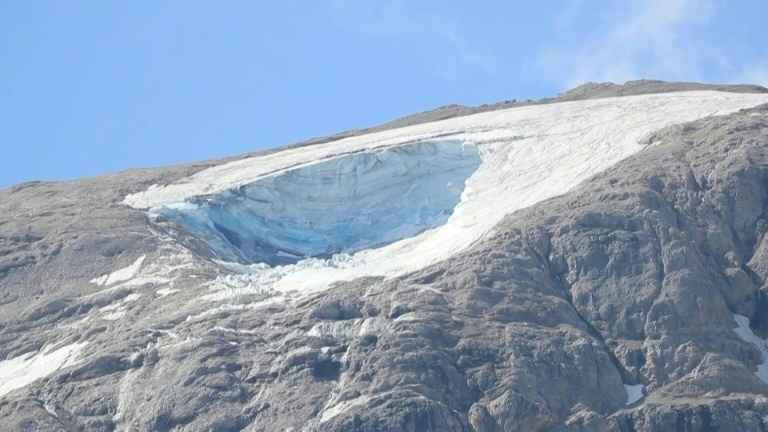 The IPCC has said glaciers in Scandinavia, central Europe and the Caucasus could lose between 60 and 80 percent of their mass by the end of the century.