Inflation in Turkey in June soared to an annual rate of 78.6 percent -- the highest in 24 years, according to official data released Monday -- as President Recep Tayyip Erdogan's unconventional economic policies continued to take their toll.. According to the official data, the surge in inflation in June was driven by a jump of 123.4 percent in the cost of transportation and a 94-percent increase in non-alcoholic drinks.

Inflation in Turkey in June soared to an annual rate of 78.6 percent -- the highest in 24 years, according to official data released Monday -- as President Recep Tayyip Erdogan's unconventional economic policies continued to take their toll.

But independent estimates published by Turkish economists showed prices rising at more than double that figure.

The inflation rate reported by Turkey's state statistics agency was the highest since the emerging market suffered a currency meltdown during a global financial crisis in 1998.

Inflation had stood at 73.5 percent in May and at 15.0 percent at the start of last year.

"I promise to you and to the president, we will see a drop in inflation starting in December," he was quoted as saying by Turkish media.

According to the official data, the surge in inflation in June was driven by a jump of 123.4 percent in the cost of transportation and a 94-percent increase in non-alcoholic drinks.

Turkey's latest problems began when Erdogan forced the central bank to go through with a series of interest rate cuts last year that he said were part of his "new economic model".

The policy rate went down despite rising consumer prices.

But the Turkish leader rejects conventional economics and affirms that high interest rates cause prices to rise.

Economists believe his approach has exacerbated the pain felt world-wide from the jump in food and energy prices caused by Russia's invasion of Ukraine.

However, more and more economists are starting to question Turkey's official data.

ENAG said prices had risen by 71.4 percent since the start of the year alone.

The Istanbul chamber of commerce said inflation in Turkey's largest city has reached an annual rate of 94 percent.

Turkey's official data are turning into a hot political issue ahead of next year's general election -- widely viewed as the toughest of Erdogan's two-decade rule.

"Stop committing crimes for the benefit of President Erdogan," Kilicdaroglu told the agency on Twitter.

A survey published by the Metropol polling agency on Friday showed 69 percent of respondents believed the unofficial ENAG figure and just 24 percent the one reported by the government.

Erodgan has doubled down on his economic approach and hinted that he may want the benchmark interest rate to move even lower in the months to come.

He has also tried to reverse the accompanying drop in his public approval by announcing a rapid series of wage hikes to large parts of the population.

The wage is used as the benchmark for a wide range of social benefits across the economy.

Economists warn that substantially raising the pay of so many people is an inflationary measure that should be accompanied by interest hikes or other means of limiting spending.

But Erdogan rejects the very idea that Turkey is suffering from inflation.

"We do not have an inflation problem. We have a cost-of-living problem," Erdogan said last month. 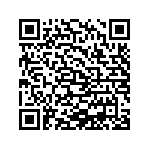 Turkey's inflation stays at 80% in boost to Erdogan

Turkish inflation stabilises at under 80% in boost to Erdogan