Protesters snarled up major UK roads on Monday with a slow-moving procession of vehicles to demand government action against rocketing fuel prices.. On the roads, a social media campaign called Fuel Price Stand Against Tax mobilised drivers to drive deliberately slowly on motorways and other arterial routes, demanding the government slash fuel duty.

Protesters snarled up major UK roads on Monday with a slow-moving procession of vehicles to demand government action against rocketing fuel prices.

The action came as senior criminal lawyers staged a second walkout in England and Wales against years of government cuts to their fees, intensifying a "summer of discontent" as strikes sweep Britain.

Rail workers have already staged a series of stoppages to press for better pay as Britain's headline inflation reaches a 40-year high of just under 10 percent, driven in part by the war in Ukraine.

One of the motorways affected was the M4 including the Prince of Wales Bridge, which links England and Wales.

Welsh police said they had arrested 12 people for driving under 30 miles (48 kilometres) per hour for "a prolonged amount of time".

Vicky Stamper lost her job as a truck driver last month after the company was forced to cut costs in the face of the surging fuel costs.

"I'm here because I've lost my job because of the fuel, and the greedy people at the top taking all of our money," she told AFP just over the border in England.

Addressing any members of the public inconvenienced by the action, Stamper said "we're doing this for everyone".

"If they want to have a whinge, instead of whinging, join us."

The government insists it has already cut fuel duty once, and is offering other financial support for the public, while blaming Russia for igniting the rapid rise in energy prices.

"People's day-to-day lives should not be disrupted," a spokesperson said.

The government also says it is addressing the demands of the criminal barristers by offering a 15-percent rise in fees from the end of September.

But the increase will only apply to new cases, not to tens of thousands piling up in a backlog as British courts wrestle with the fallout of the Covid pandemic.

Outside the Royal Courts of Justice in central London, barristers in black gowns and wigs insisted the government significantly raise its offer as they walked out for a second week and vowed more strikes ahead.

Protesting barrister Emma Heath, 34, said defence lawyers could spend eight hours in preparation for a client receiving legal aid and get paid only £126 ($153) by the government.

"We fully appreciate the impact it's having, but until the government wake up and see what's actually happening to criminal legal aid funding, we're left with no choice," she told AFP.

Justice Secretary Dominic Raab -- a former lawyer -- has called the strike action "regrettable" and said it would "only delay justice for victims". 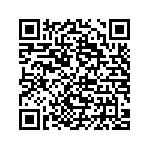