Top officials from the United States and China held a "candid" video call on Tuesday to discuss global economic challenges, especially regarding supply chains.. Yellen and Liu "discussed macroeconomic and financial developments in the United States and China, the global economic outlook amid rising commodity prices and food security challenges", the US Treasury Department said in a readout.

The exchange between Chinese Vice Premier Liu He and US Treasury Secretary Janet Yellen came as President Joe Biden considers lifting some tariffs on imports from China to try and ease soaring inflation.

"The two sides agree that as the world economy is facing severe challenges, it is of great significance to strengthen macro-policy communication and coordination between China and the United States," China's official Xinhua news agency reported.

"And jointly maintaining the stability of the global industrial and supply chains is in the interests of both countries and the whole world."

The Xinhua report said the video call took place at the request of the United States, and described the conversation as "constructive".

Yellen and Liu "discussed macroeconomic and financial developments in the United States and China, the global economic outlook amid rising commodity prices and food security challenges", the US Treasury Department said in a readout.

"Secretary Yellen frankly raised issues of concern including the impact of the Russia's war against Ukraine on the global economy and unfair, non-market (Chinese) economic practices."

China has repeatedly refused to condemn the Russian invasion, and has been accused of providing diplomatic cover for Moscow by blasting Western sanctions and arms sales to Ukraine.

With inflation in the United States at 40-year highs, authorities there are rushing to try and find ways to ease price pressures.

Among the options is lifting some of the trade tariffs imposed on China by Biden's predecessor Donald Trump.

Any decision is likely to come soon as some of the Trump duties are set to expire from July 6 unless renewed.

The penalties were aimed at punishing what the United States says are China's unfair trade practices.

In the call with Yellen Tuesday, China "expressed its concern about issues including the lifting of additional tariffs on China and sanctions by the US side", according to Xinhua.

Contact is expected in the coming weeks between Biden and Chinese President Xi Jinping. 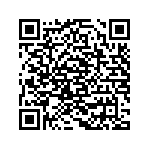