The US Supreme Court ruling that overturned the nationwide right to abortion has spurred a rush to prepare for an America where the procedure is banned in many states.. - IUD, and moving abroad - Kayla Pickett is also worried about what other rights the Supreme Court might overturn, beyond abortion.

The US Supreme Court ruling that overturned the nationwide right to abortion has spurred a rush to prepare for an America where the procedure is banned in many states.

"Birth control," "IUD" and even medical sterilization have all jumped in internet search trends, and drugstore chains have limited purchases of so-called morning-after pills to cope with demand.

Three women spoke to AFP about how they have made their own plans as legal battles over abortion laws ramp up in states across the country.

When the court last month threw out the 1973 ruling that made abortion legal across the United States, Sarah Kratzer worried Texas would go beyond abortion and start rolling back access to emergency contraception.

Restricting birth control or morning-after pills is a distant prospect, but one that many people fear. 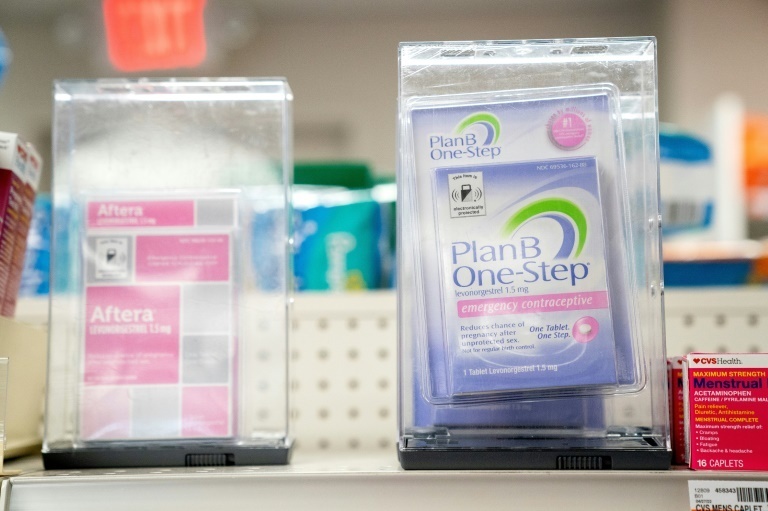 Kratzer, 39, is a stay-at-home mom in San Antonio, Texas, the southern US state with some of the strictest anti-abortion laws in the country.

She told AFP she began stocking up on emergency contraceptive pills in May, after a draft court opinion leaked.

She received three packs of pills for free from a local rally of the nationwide "Bans Off Our Bodies" protest, which she attended with one of her daughters. She also ordered several more packs from Walmart.

Although Kratzer can no longer have kids herself for health reasons, the pills she has stored up are for her three children -- ages 15, 19 and 20.

Sex education is limited in some Texas public schools, so she's also teaching her children how to track their ovulation cycles and use spermicides, and has bought ovulation tests and pregnancy tests.

Emergency contraception pills have a shelf life of three to four years, and Kratzer hopes the ones she and many others have stockpiled will provide enough time for the United States to reinstate abortion rights -- though that may be unlikely.

If not "I will be going to other countries and picking (emergency contraception) up and finding a way to bring it back," she said.

Kayla Pickett is also worried about what other rights the Supreme Court might overturn, beyond abortion.

"No telling what else they are going to do," the nursing student told AFP. 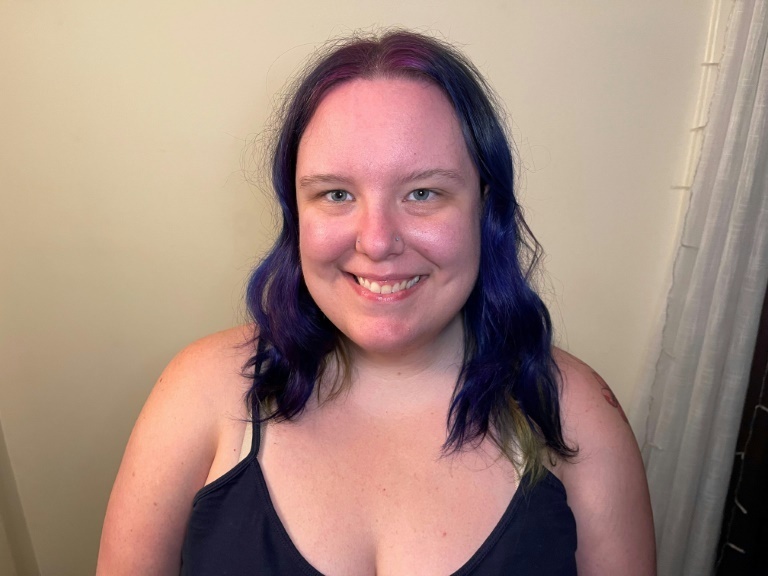 She and her boyfriend live in Akron, Ohio, a state that has banned abortion after six weeks. Pickett, 22, and her 21-year-old boyfriend plan to move to Colorado next year, and then abroad.

"Me and my boyfriend are both African-American," Pickett said. "We want to be in a state that we have rights in and know if anything else happens, me and him will be good."

The couple had discussed moving out of Ohio for the past few years, but the Supreme Court ruling prompted them to go one step further: "Once we (are) more financially stable, we plan to move out of the USA," she said.

In the meantime, Pickett has joined others rushing to get an IUD (intrauterine device). She began making plans for the procedure in May, after the draft ruling leaked.

Pickett has used hormonal birth control since she was 15, but she wanted to switch to something more long-term in case Ohio tries to roll back birth control access, too.

IUDs last for five to 10 years before they need to be replaced. Pickett got hers inserted last week at a local Planned Parenthood.

When Meagan McKernan learned about the ruling, she felt terror, fury -- but also "sheer relief" that she had a strategy in place.

She has already begun the process for "getting my tubes tied," she explained. Her pre-operative consultation is on July 9.

McKernan, 33, who works for an online auction company, does not want children. 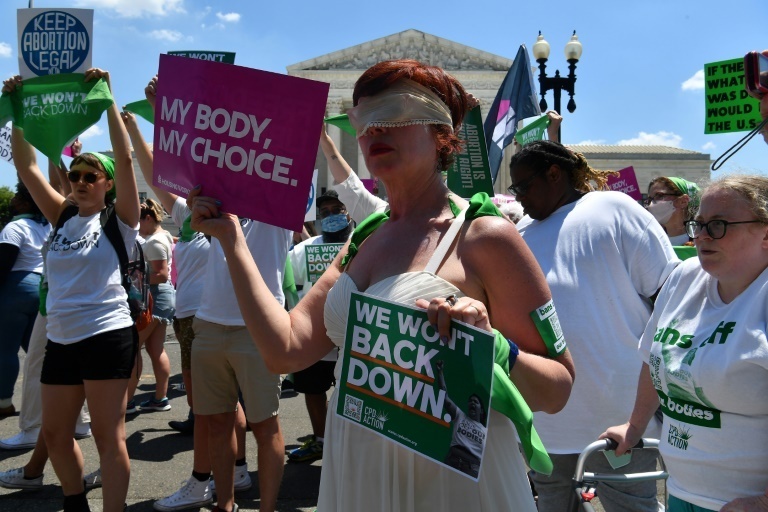 She had her first pregnancy scare in early May, around the same time as the Supreme Court draft opinion on abortion leaked, and remembers feeling "terrified."

"The fact that my choices would be more limited, terrified me even more," she told AFP.

"I need a permanent solution so that I never have to feel this way again."

McKernan admitted to feeling nervous about the procedure, but also excited and validated that her gynecologist quickly agreed with her decision.

She acknowledged, too, the "privilege" of having the financial flexibility to have the procedure, which can cost up to $6,000 out of pocket, and of living in a state where optional tubal ligation is accessible.

McKernan lives in Connecticut, near the border with New York, and recognizes that she is in a relatively safe area when it comes to abortion rights. But she still feels a sense of urgency around her procedure.

"I don't want any other possible right to choose what's best for me to be taken away," she said. 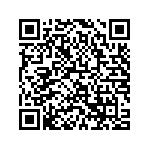 Across the Missouri-Illinois border, an abortion sanctuary in US Midwest