Here are the latest developments in the war in Ukraine: - Residents urged to flee Donbas city - Ukrainian officials call on civilians to urgently evacuate Sloviansk as Russian troops step up their bombardment of the city in their push to conquer the Donbas region of Donetsk.. Donetsk governor Pavlo Kyrylenko repeated calls for residents to evacuate.

Ukrainian officials call on civilians to urgently evacuate Sloviansk as Russian troops step up their bombardment of the city in their push to conquer the Donbas region of Donetsk.

At least two people were killed and seven others wounded in Sloviansk on Tuesday as rockets slammed into a marketplace and surrounding streets, bringing to at least eight the numbers killed in Russian strikes since Sunday.

Britain's defence ministry in an intelligence note predicted that "the battle for Sloviansk will be the next key contest in the struggle for the Donbas" after the fall of the cities of Severodonetsk and Lysychansk.

Russian Foreign Minister Sergei Lavrov reacts angrily to the publication of a call between President Emmanuel Macron and Russian leader Vladimir Putin on the eve of the war, calling it a breach of "diplomatic etiquette".

The details of the confidential February 20 call were revealed by the broadcaster France 2 in a documentary on the French president's handling of the conflict that will air on Thursday.

In the exchange, which finds Putin limbering up for an ice hockey game, Putin describes the 2014 Euro-Maidan revolution that brought pro-Western leaders to power in Ukraine as a coup and accuses Zelensky of refusing to engage in dialogue with pro-Russian separatists.

At Macron's insistence, however, he agrees in principle to the idea of a meeting with US President Joe Biden in Geneva.

Lavrov said Russia had nothing to be ashamed of from the content of the conversation.

NATO tells AFP it has no plans to send troops to Sweden and Finland once they complete the membership process launched this week.

"We don't plan to have an additional presence in either country, they have formidable national forces. They're capable of defending themselves," Deputy Secretary General Mircea Geoana says in a  telephone interview.

Russian President Vladimir Putin has warned that Moscow will "respond symmetrically" if NATO installs troops and infrastructure in the Nordic states.

Ukraine and its allies agree at a conference in Switzerland on a set of principles for rebuilding the war-torn country, including the need to stamp out corruption and uphold the rule of law.

The former Soviet state has long been ranked among the world's most corrupt countries by Transparency International. 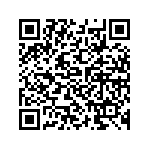