With great care, Yesenia Talavera transfers a tiny frog from a plant, where it was sleeping, to a plastic container with breathing holes, a moist sponge, and some room to jump.. They are deposited in containers with breathing holes -- the boas into cloth sacks -- before being packed in wooden crates marked "Live Animals" as an environment ministry inspector looks on.

With great care, Yesenia Talavera transfers a tiny frog from a plant, where it was sleeping, to a plastic container with breathing holes, a moist sponge, and some room to jump.

With more than 2,600 other creatures ranging from tarantulas to boa constrictors, the diminutive, red-eyed amphibian is being primed for a long journey from Nicaragua to the United States, where it will become someone's pet.

Their forebears taken from the tropical forests of Central America, the frogs, snakes, spiders, lizards and turtles are being bred for export at Exotic Fauna, a company that calls itself a "zoo farm" in a suburb of the capital Managua. 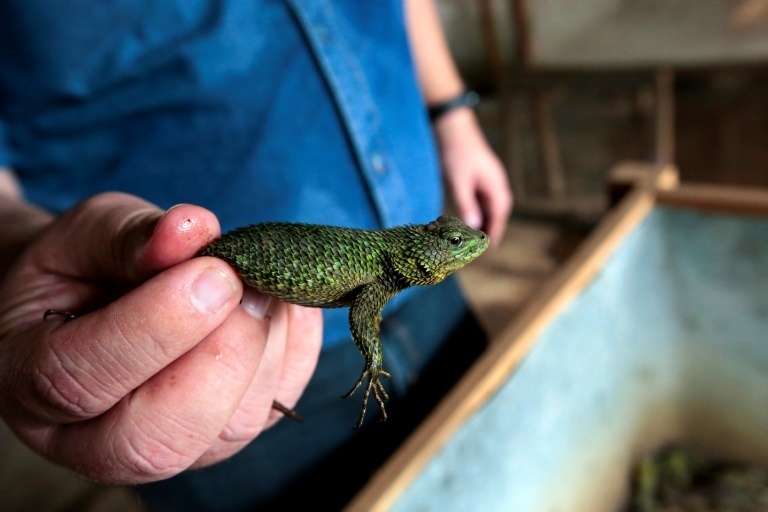 Licenced by the government, Exotic Fauna has been breeding 18 exotic animal species for 15 years for export to the United States, Canada and Asia.

The critters are in high demand "by people who want to adopt something other than the routine dogs or cats," Talavera, who runs the establishment with her husband Eduardo Lacayo, told AFP.

Talavera and a team are working hard at preparing the latest order from a company in Miami for 1,200 red-eyed tree frogs and glass frogs, 290 basilisk and pichete lizards, 800 spiders including tarantulas, and 350 boa constrictors. 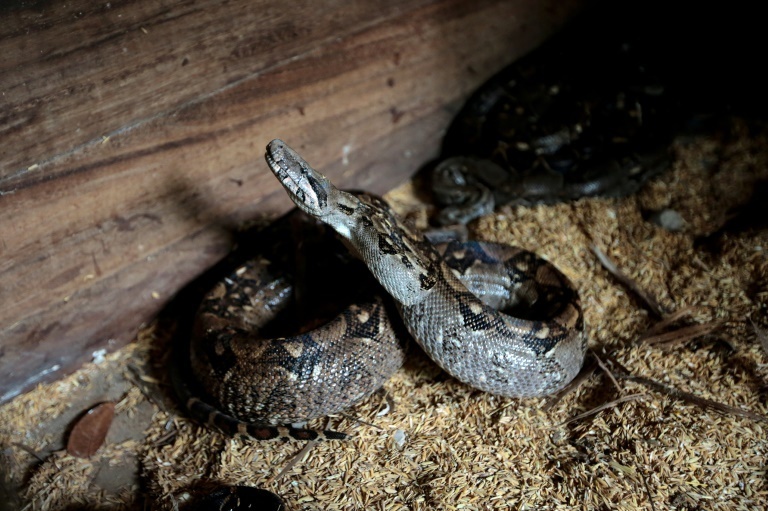 They are deposited in containers with breathing holes -- the boas into cloth sacks -- before being packed in wooden crates marked "Live Animals" as an environment ministry inspector looks on.

The creatures are not sedated.

"These animals can endure trips of 24 hours and up to three days" without eating, said Talavera.

The shipment will travel by truck to Managua's international airport, from where, after passing through customs, they will depart the next day on a commercial flight to Miami.

The environment ministry promotes the breeding of exotic species, hosting training sessions and congresses to encourage more Nicaraguans among a population of 6.5 million to venture into this lucrative field. 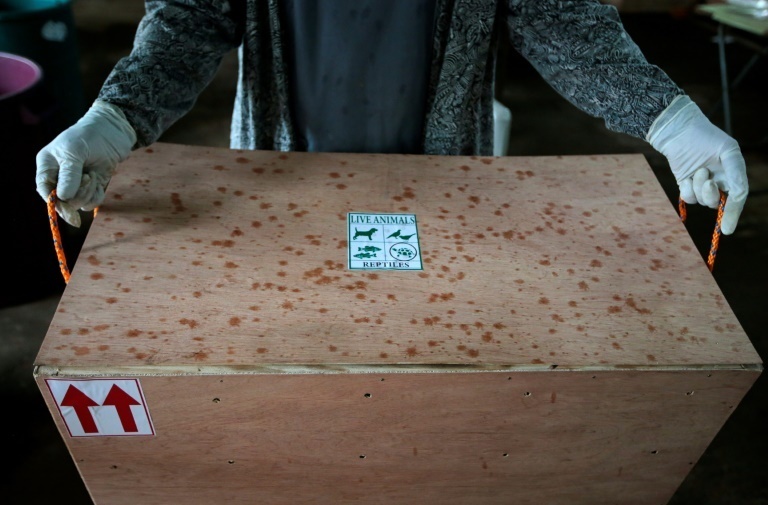 The government says nearly 40,000 Nicaraguan families are already involved in such ventures in one of Latin America's poorest countries.

Exports remain the domain of a handful of private businesses, however.

In 2019, official figures show, the exportation of exotic pets brought in some $300,000, though a recent newspaper article estimated the value at more than double that.

Exotic Fauna states on its website that "the utmost care is taken with breeding and handling" the animals, and its processes were "100 percent" compliant with international protocols on wildlife trade. 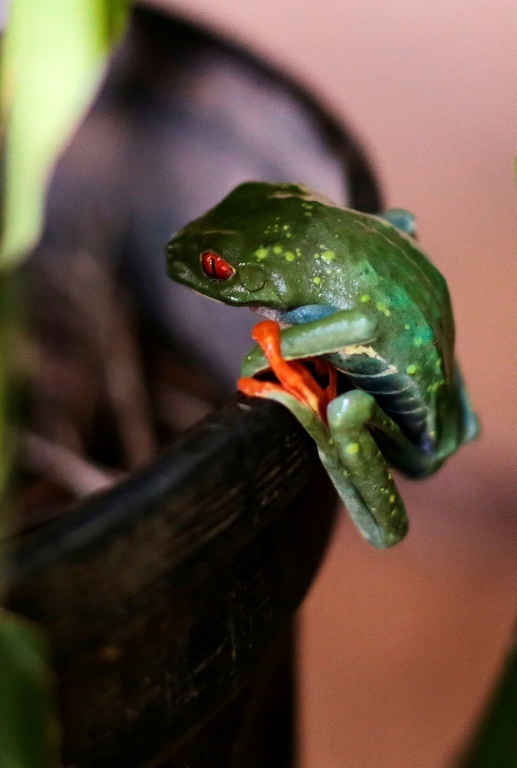 According to Eduardo Sacasa, president of Nicaragua's national zoo, as long as the animals are not taken from the wild and are bred at centers such as Exotic Fauna that recreate their natural environment, "it is not bad."

Added Talavera's husband, Lacayo: "We take from nature once, only once, and we breed the product that we export."

But the NGO People for the Ethical Treatment of Animals (PETA), which advocates for an end to the trade in exotic species, says the practice is cruel and many would-be "pets" never survive the journey to their new home.

"Those who do survive often suffer in captivity and die prematurely from malnutrition, an unnatural and uncomfortable environment, loneliness, and the overwhelming stress of confinement," PETA states on its website.

Lacayo said they sold many frogs during the Covid-19 epidemic as people in quarantine sought to be "entertained."

American clients, he added, were particularly keen on tarantulas, which are venomous but not dangerous to people. 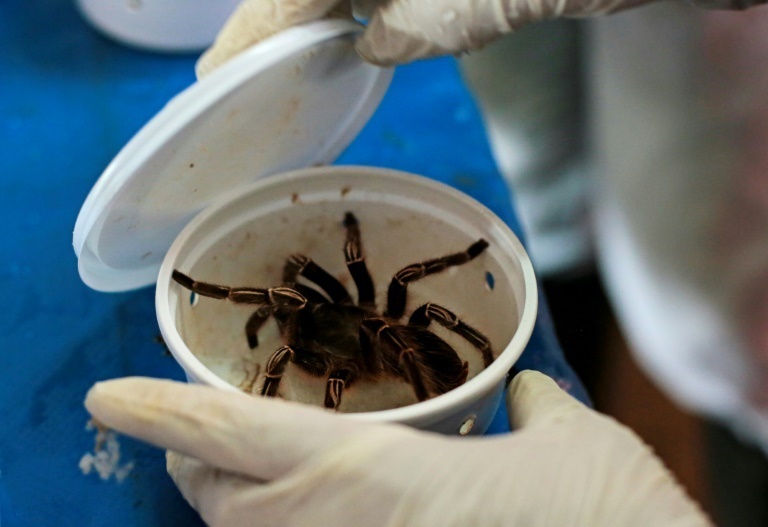 To tide them over on the long journey, the frogs are given an extra large helping of crickets, which are also raised on the farm.

The tarantulas are fed insects and worms, but the boas are left empty-bellied.

In the case of the snakes, explained Exotic Fauna worker Harlintong Bonilla: "we give it food two or three days before, so that it has digested the food well and doesn't throw up en route." 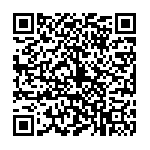