Hundreds of thousands of hajj pilgrims began streaming out of Mecca Thursday ahead of the highlight of the annual rites, which have attracted huge crowds despite the continuing pandemic and unforgiving heat.. The crowds, capped at one million including 850,000 from abroad chosen by lottery, are the biggest at the hajj since 2019 after two Covid-hit years when only tens of thousands were allowed to take part.

Hundreds of thousands of hajj pilgrims began streaming out of Mecca Thursday ahead of the highlight of the annual rites, which have attracted huge crowds despite the continuing pandemic and unforgiving heat.

Many of the robed worshippers are making the journey on foot to Mina, seven kilometres (four miles) from Mecca's Grand Mosque, Islam's holiest site, where they circled the imposing black Kaaba at the start of the rituals on Wednesday.

The crowds, capped at one million including 850,000 from abroad chosen by lottery, are the biggest at the hajj since 2019 after two Covid-hit years when only tens of thousands were allowed to take part.

All the worshippers are fully vaccinated and submitted negative PCR tests, but the rituals are taking place against the backdrop of a resurgence of Covid-19 in the region, with some Gulf countries tightening restrictions to keep outbreaks in check.

The pilgrims, dressed in simple robes, will spend the night in air-conditioned white tents in Mina, which sits in a narrow valley surrounded by rocky mountains and is transformed each year into a vast encampment. 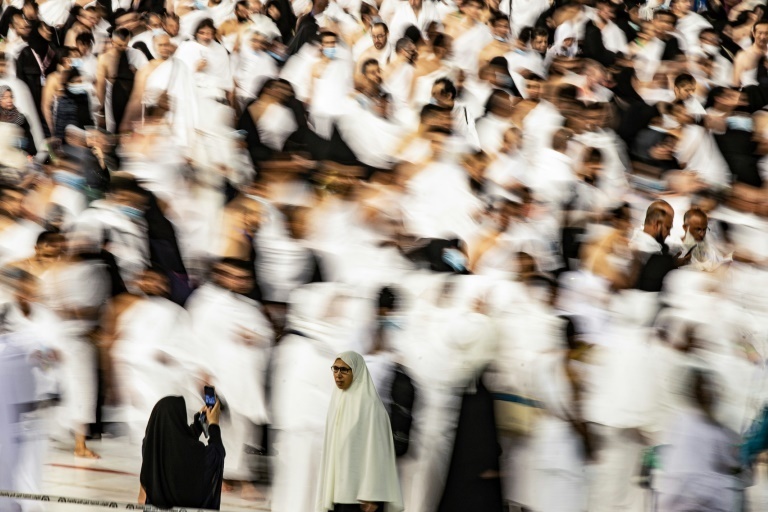 On Friday comes the highlight of the hajj: ascending Mount Arafat, where the Prophet Mohammed is believed to have delivered his final sermon.

Worshippers will pray and recite the Koran for several hours at the mountain and sleep nearby.

On Saturday, they will gather pebbles and perform the symbolic "stoning of the devil".

Many pilgrims held umbrellas as protection from the sun as temperatures climbed to 42 degrees Celsius (108 degrees Fahrenheit) on Wednesday.

Four hospitals and 26 health centres have been prepared at Mina. 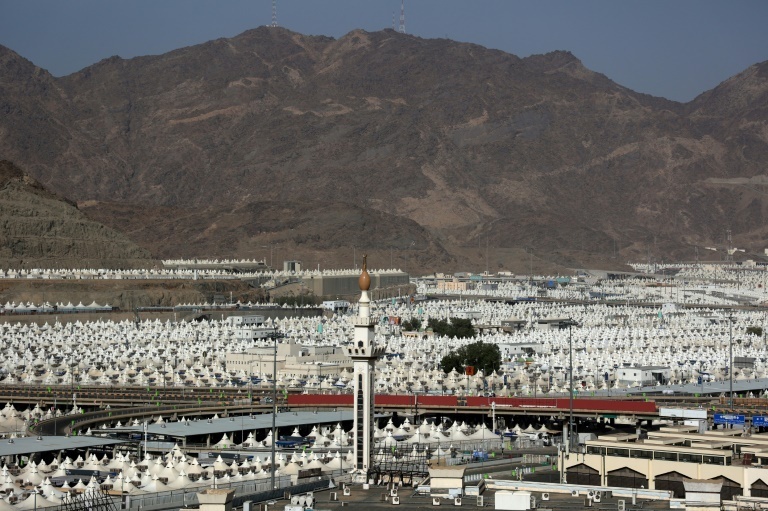 The hajj, usually one of the world's largest annual religious gatherings, is one of the five pillars of Islam and must be undertaken by all Muslims with the means at least once in their lives.

In 2019, some 2.5 million Muslims from around the world participated in the hajj which poses a considerable security challenge and has seen several disasters over the years, including a 2015 stampede that killed up to 2,300 people.

The rituals are being performed under strict security measures that include police check-points in parts of Mecca. In 1979, gunmen barricaded themselves inside the Grand Mosque in an assault that left 153 dead, according to the official toll. 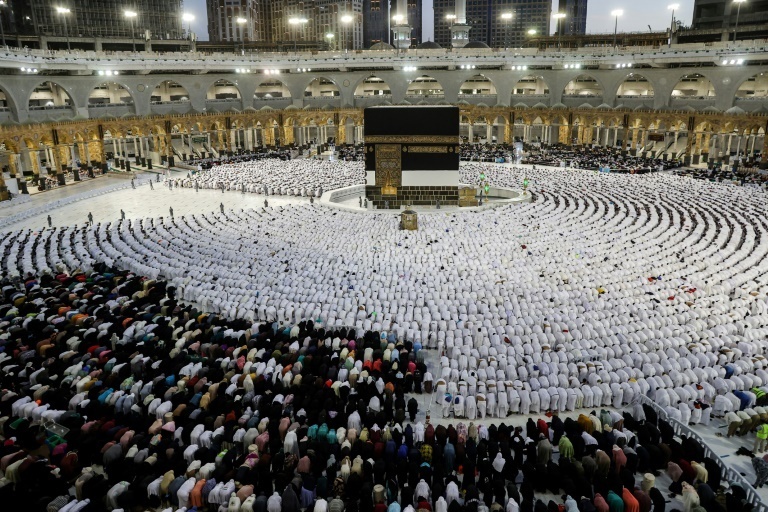 The Commander of the Air Force Group participating in this hajj season, Colonel Pilot Khaled bin Abdullah Al-Mutairi, told state media Wednesday that military helicopters will be used "around the clock... to support the public security".

Overseas pilgrims, who were banned from the hajj in 2020 and 2021 to prevent Covid infections, are back to the mountainous region this year to fill its hotel rooms and visit its shops as business owners hope to recover huge losses.

Since the start of the pandemic, Saudi Arabia has registered more than 795,000 coronavirus cases, more than 9,000 of them fatal. Some 67 million vaccine doses have been administered in the country of over 34 million people. 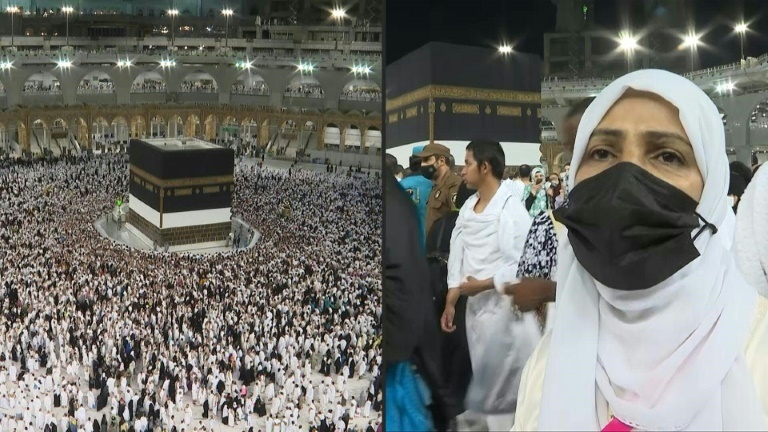 The hajj ministry has said it is working on the highest levels of health precautions in light of the pandemic and the emergence of new variants. However, a requirement to wear masks has been largely ignored. 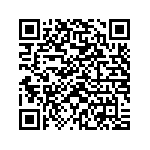