US soccer icon Megan Rapinoe paid silent tribute Thursday to a fellow sports star -- basketballer Brittney Griner, who is detained in Russia -- during a White House awards ceremony. . Griner, who has been imprisoned in Russia since February, pleaded guilty to drug smuggling charges earlier Thursday in a case that has further inflamed tensions between Moscow and Washington.

As she and several others received the Presidential Medal of Freedom, the highest American civilian honor, Rapinoe wore a white pantsuit with the initials "BG" and a flower embroidered on the lapel.

Griner, who has been imprisoned in Russia since February, pleaded guilty to drug smuggling charges earlier Thursday in a case that has further inflamed tensions between Moscow and Washington.

The two-time Olympic gold medallist and WNBA champion, detained days before Russia sent troops to Ukraine, faces up to a decade behind bars for bringing vape cartridges with cannabis oil into the country, but insists she did not intend to break the law.

US President Joe Biden "is going to do everything he can to make sure she gets home safely," White House spokeswoman Karine Jean-Pierre said in response to criticism from the basketball star's family on the administration's involvement.

Other award recipients included former congresswoman Gabrielle Giffords and the nurse who was the first person in the United States to be vaccinated against the coronavirus, plus posthumous awards for Apple founder Steve Jobs and Republican senator and war hero John McCain.

"This is America," Biden said of the esteemed group. 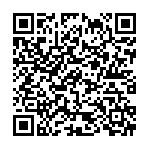