The number of people killed in an avalanche in the Italian Dolomites rose to 11 on Saturday, which was expected to be the final death toll, police said.. "We've reached a toll of 11.

The number of people killed in an avalanche in the Italian Dolomites rose to 11 on Saturday, which was expected to be the final death toll, police said.

A section of Italy's biggest Alpine glacier gave way last Sunday, sending ice and rock hurtling down the mountain, in a disaster blamed by officials on climate change.

"We have identified all the victims," said Colonel Giampietro Lago, from the police scientific department.

"We've reached a toll of 11. As of today, we have no indications to make us think more people could be involved," he said.

The search operation continued, however, and further materials were found on Saturday around the Marmolada glacier, said Maurizio Fugatti, president of the northern autonomous province of Trentino.

"The search goes on with drones and we will do the same thing tomorrow," he said.

The public prosecutor's office in Trentino has launched an inquiry into the cause of the disaster with some families accusing the authorities of leaving the glacier open despite clearly dangerous climbing conditions.

The avalanche struck one day after a record-high temperature of 10 degrees Celsius (50 degrees Fahrenheit) was recorded at the summit of Marmolada. 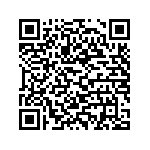