Indonesian farmer Okky Pratama usually sells dozens of cattle for Eid al-Adha, making his biggest earnings around the Islamic day of sacrifice, but this year he has sold just five.. Suharyanto said small farmers whose cattle were culled will receive up to 10 million rupiah ($666) in compensation -- well short of the thousands of dollars farmers earned from Eid sales last year.

Indonesian farmer Okky Pratama usually sells dozens of cattle for Eid al-Adha, making his biggest earnings around the Islamic day of sacrifice, but this year he has sold just five.

A foot-and-mouth disease outbreak has ripped through two Indonesian provinces since April, killing thousands of cows and infecting hundreds of thousands more, raising consumer fears before the July 10 festival.

Clusters of the highly infectious animal virus in East Java and Aceh provinces have rattled cattle farmers and their output during the most profitable time of year in a country with the world's biggest Muslim population.

"I am pessimistic about the sales. Regular buyers unusually did not send me any purchase inquiries," said Pratama, whose cow farm in the mountainous Batu City is situated in the hardest-hit East Java province.

"When I contacted them, they said they did not (want to) sacrifice any livestock this year because of the foot-and-mouth disease." 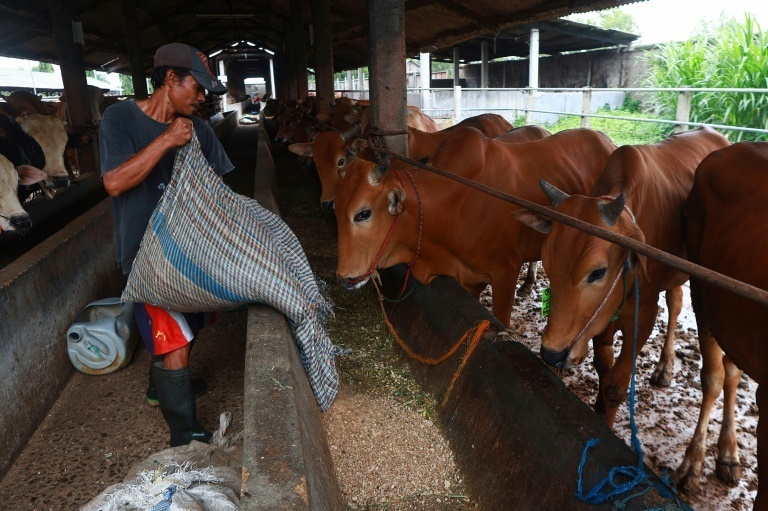 But he has so far lost two of his cattle to the disease -- which was first detected in early May.

Thirty-three others were infected but recovered after intensive care.

As of July 6, the disease had spread to 21 provinces across Indonesia and infected more than 320,000 livestock, according to official data. 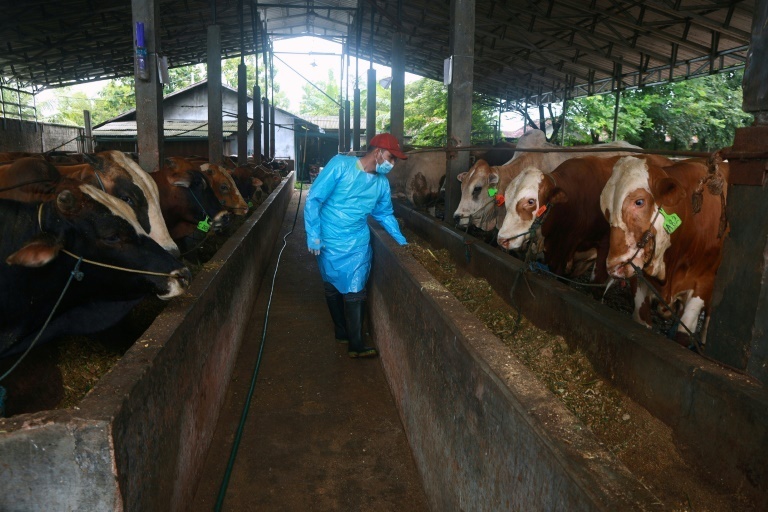 Indonesia had been outbreak-free for 30 years, but farmers are reeling from a fresh blow to their business after the coronavirus pandemic shuttered restaurants and food stalls.

Cow-farmer Masrizal said he has struggled to sell his cattle because of sluggish demand for meat and shuttered livestock markets in Aceh province.

"As markets are closed, I had to proactively offer the sacrificial livestock to mosques and people in villages," he said.

The disease specifically attacks cloven-hoofed animals such as cattle, swine, sheep and goats, and the policy in Europe -- such as during the British outbreak in 2001 -– has typically been to slaughter herds of animals as a precaution.

But farmers in Indonesia are trying to keep their precious assets alive despite the risk of the disease spreading through close contact between animals, contaminated feed and farm equipment.

Animals infected by the disease usually lose their appetite and temporarily cannot walk as they develop blisters inside the mouth and on the feet. 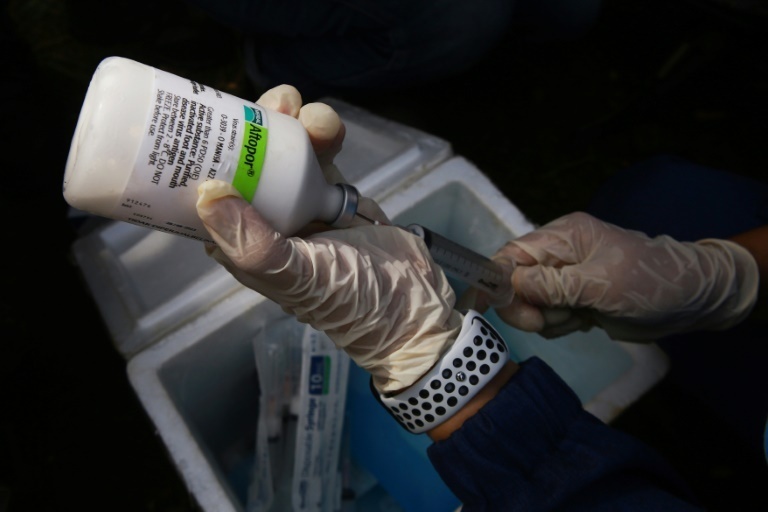 The government has stepped in, setting up a task force and ordering the culling of more than 2,800 livestock.

The country's religious affairs minister has told Muslims they "should not force themselves" to sacrifice cattle during the outbreak.

Suharyanto, the head of the government's new task force, compared the outbreak to the Covid-19 pandemic, and Jakarta said it would attempt to administer 800,000 vaccine shots to healthy cattle by July 7, before the day of sacrifice.

"As long as the livestock are well-treated and well-fed, God willing, they can recover," the agriculture ministry's director of livestock production Agung Suganda said in a webinar last week.

Suharyanto said small farmers whose cattle were culled will receive up to 10 million rupiah ($666) in compensation -- well short of the thousands of dollars farmers earned from Eid sales last year.

And the cancellation of pre-outbreak orders and demands for refunds have left farmers with "extraordinary" losses, the Indonesian Cattle and Buffalo Breeders Association (PPSKI) chairman Nanang Purus Subendro said.

"We need to accelerate the process because we are in a race against the virus." Genetically Modified Food Market is Expected to Accumulate a Market Value of US$ 188.13 Billion by 2032