Russian troops pursued their "relentless" shelling of Ukraine's eastern Donetsk region on Saturday, as the United States promised new military aid to Kyiv including powerful rocket launchers. . "The entire frontline is under relentless shelling," the head of the Donetsk military administration, Pavlo Kyrylenko, said in a Telegram message on Friday night.

Having endured long battles to capture cities in the neighbouring Lugansk region, Russia is now seeking to push deeper into Donetsk to consolidate its hold over the entire Donbas region.

Residents in the small town of Druzhkivka, south of the eastern Ukrainian industrial city of Kramatorsk, woke up to a suspected missile attack on Saturday which ripped apart a supermarket's shop front and left a massive crater in front of the store.

"The entire frontline is under relentless shelling," the head of the Donetsk military administration, Pavlo Kyrylenko, said in a Telegram message on Friday night.

He said the city of Sloviansk, on which Moscow's troops have now set their sights, is being "shelled day and night".

He also accused Russian forces of setting agricultural fields on fire, saying they were "trying to destroy the harvest by all means".

In a message on Saturday, he said five civilians had been killed the day before. 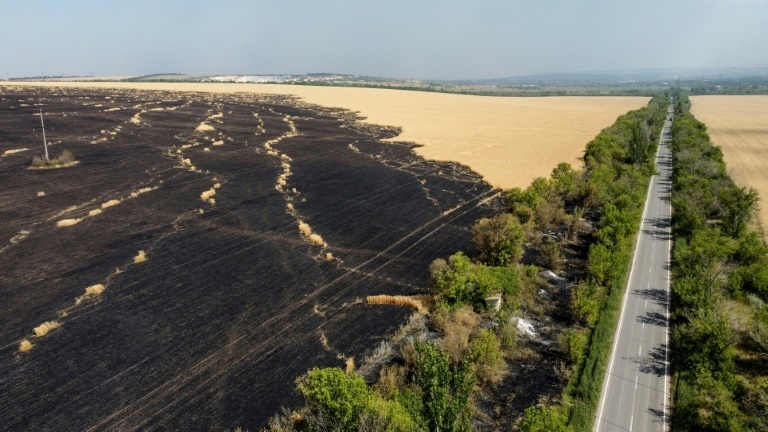 The governor of the Lugansk region, Sergiy Gaiday, said on Saturday the Russians were attacking Donetsk from their bases in Lugansk.

"We are trying to contain their armed formations along the entire frontline... Where it is inconvenient for them to go forward, they create real hell, shelling the territories on the horizon," he said.

Kyrylenko warned the Russians were in the process of replenishing their troops in the region to prepare for further assaults.

Ukrainian President Volodymyr Zelensky said in his nightly address he had spent the day on the frontlines in the eastern Dnipropetrovsk region, where he met civilian and military leaders.

"Officials must do not just everything possible, but much more than even possible, to guarantee people a normal standard of living even in such wartime conditions," he said.

But in a Telegram message on Saturday, an official from the region's military administration warned Russia had "intentionally shelled residential areas", and had not stopped "terrorising" the cities and villages.

In the country's south, the mayor of Mykolaiv begged citizens not to leave shelters, as he said explosions were heard throughout the night.

Ukraine's Deputy Prime Minister Iryna Vereshchuk was quoted by Ukrainian media as urging people in occupied areas to evacuate by any means possible.

"Massive fighting is going to happen," she said.

In a boost to Kyiv, Washington announced $400 million of further military aid, including a type of artillery ammunition with "greater precision" that has previously not been sent.

"It's a further evolution in our support for Ukraine in this battle in the Donbas," a senior defence official was quoted by the US Department of Defence as saying.

"From a security assistance perspective, this is a steady drumbeat now, and it is a long-term commitment to Ukraine," the same official was quoted as saying.

"We'll be ready for whatever the experts tell us is required for the battlefield." 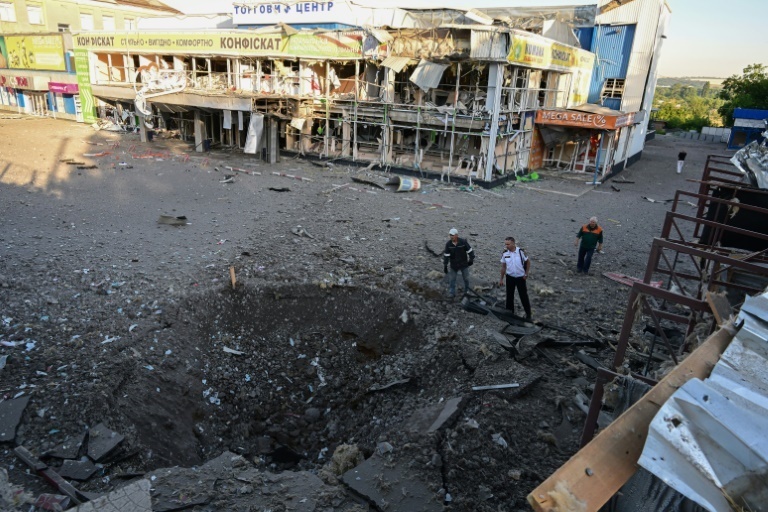 The United States was also putting the pressure on Russia diplomatically at a meeting of Group of 20 foreign ministers in Indonesia.

Washington and allies condemned Russia's assault ahead of the gathering before Russian Foreign Minister Sergei Lavrov faced what US Secretary of State Antony Blinken called a barrage of Western criticism at the closed-door talks.

Lavrov stormed out of a morning session as German counterpart Annalena Baerbock criticised Moscow over the invasion, diplomats said.

He also left an afternoon session before Ukrainian Foreign Minister Dmytro Kuleba addressed the ministers virtually, and was not present as Blinken condemned Russia.

"What we've heard today already is a strong chorus from around the world... about the need for the aggression to end," Blinken said on Friday from the meeting on the resort island of Bali.

Speaking outside the Mulia hotel, Lavrov remained defiant and accused Western nations of avoiding "talking about global economic issues" instead of the war. 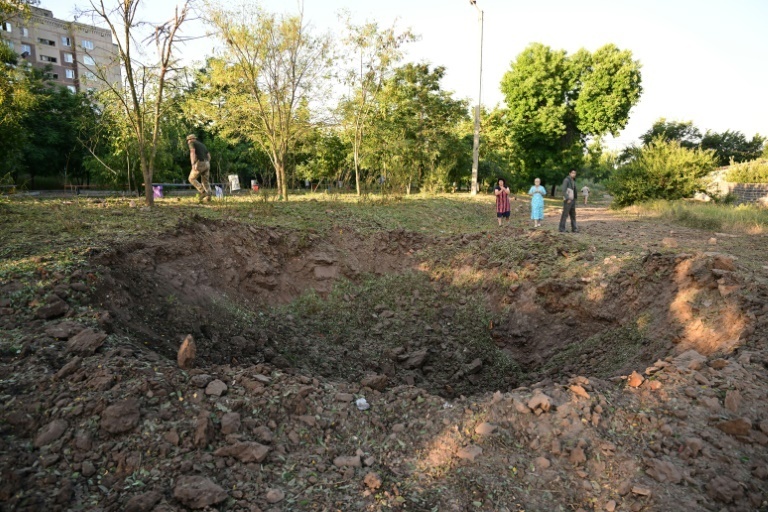 One official told AFP even Moscow's ally China had not offered "any full-throated endorsement" of the Russian position.

Blinken shunned a bilateral meeting with Lavrov and instead accused Russia of triggering a global food crisis, demanding Moscow allow grain shipments out of war-battered Ukraine.

"To our Russian colleagues: Ukraine is not your country. Its grain is not your grain. Why are you blocking the ports? You should let the grain out," Blinken said in the closed-door talks, according to a Western official present. 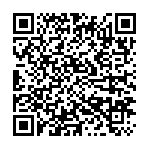