"This is another excellent Marvel opening for a series that started in 2011 and has grown with each episode," said analyst David A. Gross of Franchise Entertainment Research, adding that the film nearly doubled the average take for a 4th episode superhero movie.

The comedic follow-up to 2017's "Thor: Ragnarok" stars a muscle-clad, self-parodying Chris Hemsworth as the space viking who wields the mallet Mjolnir, but also finds himself pining for his ex-girlfriend Jane Foster (Natalie Portman), whose help he enlists to battle god butcher Gorr (Christian Bale).

Thor easily beat out "Minions: The Rise of Gru," which slipped to second spot after a phenomenal opening weekend over the July 4th holiday.

The latest goofy installment in Universal's animated "Despicable Me" franchise about the reformed super-villain Gru and his yellow Minions took in $45.5 million in the Friday-to-Sunday period.

The fighter ace feature, in its seventh week in theaters, has now grossed more than $597 million worldwide.

Rounding out the top five was "Jurassic World: Dominion," Universal's sixth installment in the "Jurassic Park" franchise, at $8.4 million.

Completing the top 10 were: 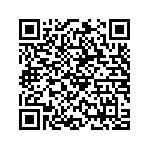