The report, published on the first anniversary of the demonstrations, accuses the Cuban authorities of having carried out "arbitrary detention, abuse-ridden prosecutions, and torture."

The aim was to punish protesters and deter future demonstrations, the New York-based NGO said in "Prison or Exile: Cuba's Systematic Repression of July 2021 Demonstrators."

"A year ago today, thousands of Cubans protested, demanding rights and freedoms, but the government gave many of them only two options: prison or exile," Juan Pappier, senior Americas researcher at HRW said.

"Governments in Latin America and Europe should urgently escalate their human rights scrutiny over Cuba and prioritize a concerted, multilateral response before this human rights crisis becomes even worse," he added.

Mass protests broke out across Cuba on July 11 and 12 last year, with demonstrators demanding freedom amid economic strife, shortages of food and medicine, and growing anger at the government.

They were the biggest protests in Cuba since the 1959 revolution.

A crackdown by the security forces left one dead, dozens injured and 1,300 people detained, according to the Justicia 11J civil society organization.

HRW's report documents 155 cases of protesters who were unfairly treated.

They include Lorenzo Rosales Fajardo, a 50-year-old evangelical pastor who joined the protests with his 17-year-old son.

Police detained Fajardo, "dragging him, beating him with batons  on his back and face, and knocking out a tooth and several fillings," HRW said, citing a family member.

When Fajardo's son asked for his father's whereabouts, he was detained as well, the report said.

Fajardo was sentenced to seven years in prison in April.

HRW wrote that Cuba's courts have confirmed convictions against more than 380 protesters and bystanders, including several children.

The rights body said it interviewed more than 170 people in Cuba, including abuse victims, their relatives and lawyers, for the report.

The Cuban government accuses the United States of being behind the protests.

In a statement marking the anniversary, Secretary of State Antony Blinken said the United States "will always remain with the Cuban people in your desire to build a better future." 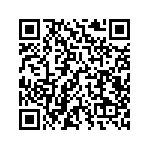