Macron under pressure over Uber links

French President Emmanuel Macron was under pressure Monday to explain his past support for taxi app Uber while he was economy minister, following media revelations that have been seized on by critics. . - According to the reports, the "secret deal" entailed Macron promising to help Uber work around legislation introduced in 2014, which sought to regulate the new app-based taxi hailing services.

French President Emmanuel Macron was under pressure Monday to explain his past support for taxi app Uber while he was economy minister, following media revelations that have been seized on by critics.

Citing leaked internal documents and text messages, Le Monde also alleged that Uber struck a secret "deal" with Macron on regulation of the company's services at a time when it was upending the traditional taxi market.

Opposition MPs on the left and far-right slammed the president, a former investment banker who positioned himself as a pro-enterprise, pro-innovation politician when he emerged as a national figure in 2014.

The 44-year-old president was "an ideologue for deregulation, for globalisation," Chenu added.

Hard-left MP Alexis Corbiere from the France Unbowed party suggested a parliamentary enquiry, which could prove embarrassing for the 44-year-old leader who lost his majority in the National Assembly last month.

"It's very serious the idea that with this secret pact Mr Macron de-regulated the regulation of the taxi industry," he told Public Senat television. "What lessons should be drawn?

"Obviously we'll ask the questions to the government when we can, and a parliamentary enquiry as well," he added.

As announced last week, France Unbowed is set to table a no-confidence motion against the government later Monday which is not expected to pass.

According to the reports, the "secret deal" entailed Macron promising to help Uber work around legislation introduced in 2014, which sought to regulate the new app-based taxi hailing services.

Le Monde described Macron as "more than a supporter, almost a partner" for Uber over the course of 17 meetings held by him or his staff with company executives at a time when the firm faced multiple legal enquiries.

Macron rarely responds to public criticism and his agenda on Monday includes a meeting with the heads of multinational investors in France at the annual "Choose France" summit at the Versailles chateau outside Paris.

Around 180 executives are expected, an increase from previous years which demonstrated "the very strong interest by foreign bosses after the president's re-election," an aide said.

But his party failed to secure a parliamentary majority last month when Le Pen's far-right and the hard-left made major gains.

On Monday, his office announced a major investment worth 5.7 billion euros ($5.8 billion) for a new semiconductor factory in southeast France by French-Italian chipmaker STMicroelectronics and US-based GlobalFoundries.

Contacted by AFP, Uber France confirmed that the company had been in contact with Macron during his time as minister.

The meetings had been in the normal course of his ministerial duties, which covered the private-hire sector, it said.

The president's office told AFP that at that time Macron had "naturally" been in contact with "many companies involved in the profound change in services that has occurred over the years mentioned, which should be facilitated by unravelling certain administrative or regulatory locks".

Macron was a vocal and public supporter of Uber when it arrived in France -- contrary to many colleagues in the Socialist government of the time.

He defended it as providing employment for people in low-income areas and as a means of breaking the monopoly held by taxi companies.

"Go to Stains (a deprived area north of Paris) and tell young people there who are willingly working for Uber that it would be better to do nothing or deal drugs," Macron argued in an interview with Mediapart in 2016.

He also found support on Monday among people who remembered the long waits for taxis in Paris and other cities, as well as drivers who refused to take bank cards as payment.

"Fortunately there were ministers and elected figures who questioned all this," Herve Joly, a sociologist from the CNRS research group, wrote on Twitter.

The Uber Files investigation is based on a leak of tens of thousands of documents to Britain's Guardian newspaper from an anonymous source, and has been coordinated by the International Consortium of Investigative Journalists.

The ICIJ is working with 42 media partners around the world on the story. 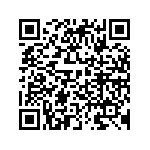