Russian authorities have launched a criminal case against Ilya Yashin, one of the last opposition figures remaining in the country, for allegedly spreading false information about the Russian army, his lawyer said Tuesday.

"I got a call from an investigator -- they are beginning to search his home," lawyer Vadim Prokhorov said on Facebook.

In June, Yashin, who is a Moscow city councillor, was sentenced to 15 days jail for disobeying police. He was set to be released in the early hours of Wednesday.

Yashin has been a prominent opposition figure in Russia since the mass protests against President Vladimir Putin in 2011-2012. He has denounced Russia's offensive in Ukraine.

He is an ally of jailed opposition leader Alexei Navalny and was close to Boris Nemtsov, an opposition politician assassinated near the Kremlin in 2015.

After Putin sent troops to Ukraine on February 24, Russia introduced legislation imposing prison sentences of up to 15 years for spreading information about the military deemed false by the Russian government.

Writing on social media earlier Tuesday, Yashin, who turned 39 in jail, said he was supposed to be released at 1:20 am Wednesday.

"Maybe they will let me out. Maybe not," he said. "What do you think?"

The announcement of the criminal probe against the opposition politician comes amid an unprecedented crackdown on dissenting voices in Russia, with most opposition activists either in jail or out of the country.

Moscow has stepped up efforts to stamp out dissent since Putin sent troops into Ukraine.

Speaking in court in June, Yashin had said his detention appeared to be a prelude to a criminal case.

He cited the case of his friend and fellow opposition activist Vladimir Kara-Murza, who was first detained and later slapped with criminal charges for allegedly spreading false information about the Russian army.

In April, he was sentenced to 15 days in jail for disobeying police orders.

Since the start of Moscow's intervention in Ukraine, independent media outlets have been shut down or suspended operations, and tens of thousands of Russians have left the country.

Ahead of the military campaign in Ukraine, a Russian court also banned the country's most prominent rights group, Memorial, and Navalny's political organisations have been outlawed. 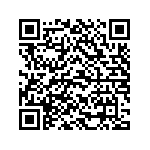