Germany will on Thursday remember more than 180 people killed in severe floods a year ago, as concerns mount over climate change and the country looks to overhaul its planning for future disasters.. "I say that some areas should not be resettled due to climate change and the acute threat of severe weather disasters and floods," he said.

Germany will on Thursday remember more than 180 people killed in severe floods a year ago, as concerns mount over climate change and the country looks to overhaul its planning for future disasters.

President Frank-Walter Steinmeier will embark on a tour of the Ahr valley, while Chancellor Olaf Scholz will attend a memorial event in the hard-hit town of Bad Neuenahr-Ahrweiler.

A series of events are also planned in neighbouring Belgium, where 39 people were killed in the deluge.

Severe floods pummelled parts of the German Rhineland over two days in July last year, ripping through entire towns and villages and destroying bridges, roads, railways and swathes of housing.

Between 100 and 150 millimetres (four and six inches) of rain fell between July 14 and 15, according to the German weather service -- an amount that would normally be seen over two months.

Forecasters had issued warnings, yet many residents were simply unaware of the risks of such violent flooding, with dozens found dead in their cellars.

The disaster prompted criticism of Germany's flood warning system and a criminal inquiry was opened into local officials for "negligent homicide".

The government has since pledged to introduce phone alerts in the form of "cell broadcasting" and to reinstall sirens, many of which have been taken down in recent years.

Introducing a new disaster management plan on Wednesday, Interior Minister Nancy Faeser admitted there had been "major failures over the past years and decades".

The government is planning a new annual civil protection day from 2023 to raise awareness of how to respond in a disaster and "make our country more crisis-proof", Faeser said.

The disaster also raised concerns about climate change, with one international study showing that man-made global warming had made the floods up to nine times more likely. 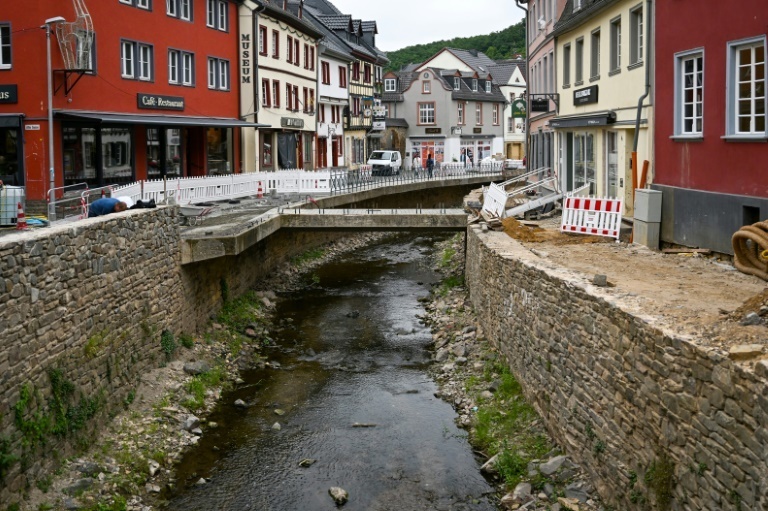 A year on, Germany is set for more extreme weather with temperatures of up to 40 degrees Celsius (104 degrees Fahrenheit) expected this week as a heatwave sweeps across Europe.

Ralph Tiesler, president of the BBK federal disaster management agency, told the Funke media group on Wednesday he believed some areas in Germany may become uninhabitable due to extreme weather events.

"I say that some areas should not be resettled due to climate change and the acute threat of severe weather disasters and floods," he said.

Bad Neuenahr-Ahrweiler, a town of 30,000 people famed for its thermal baths and wellness tourism, was among the areas hardest hit by the floods.

Over 2,000 people have since left the town, but the majority have chosen to stay and rebuild their homes -- even as promised help is slow to arrive. 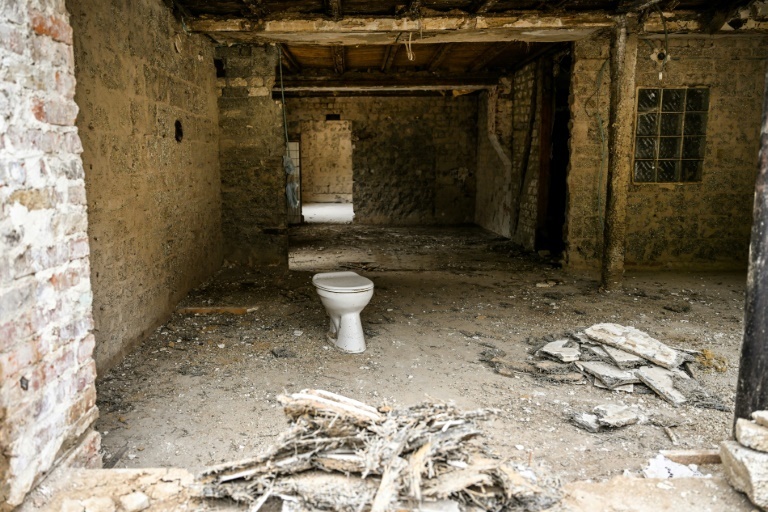 A return to the way things were "will still take time", town mayor Guido Orthen told AFP, with the rebuild very much a work in progress.

With former chancellor Angela Merkel still in charge at the time of the floods, the government pledged a total of 30 billion euros ($30 billion) in federal and state aid to help with the reconstruction effort.

But in the state of Rhineland-Palatinate, only 500 million euros in aid has been handed out of the total 15 billion euros set aside.

In neighbouring North Rhine-Westphalia, 1.6 billion euros of government support has been approved for use, out of a total of 12.3 billion euros.

Frustration is building among those trying to rebuild their lives.

"We want to exist in the eyes of Germany," Iris Muenn-Buschow told AFP from the dilapidated ground floor of her home in the town of Sinzig.

"We have the impression that everything else that goes on in the world is more important than what happens here in Germany," she said. In western Germany, 'temporary' life a year after flood