A British-led archaeological dig has uncovered new human bones at the site of the Battle of Waterloo in Belgium.. The dig was then interrupted due to the coronavirus pandemic.

A British-led archaeological dig has uncovered new human bones at the site of the Battle of Waterloo in Belgium.

Historians estimate that more than 20,000 soldiers were killed at Waterloo, 20 kilometres (12 miles) south of Brussels, on June 18, 1815 when mainly Anglo-Dutch allied troops commanded by the Duke of Wellington defeated French battalions led by Napoleon Bonaparte.

It was one of the worst armed confrontations in history and crushed Napoleon's dreams of a great empire. Tens of thousands of soldiers were also wounded.

The discovery of new bones was made last week around the Mont St Jean farm, where Wellington set up the main allied field hospital at the time.

"We have what looks like a complete human skeleton and, next to that, it's another amputated leg," said Tony Pollard, a professor at Glasgow University and one of the mission's directors.

"We don't know whether that person was killed in a battle and the body brought here... or whether it was a patient who died in the hospital," he said.

"On Napoleonic battlefields, this sort of very old deposit is incredibly rare. We have been working here since 2015 and this is the first time we've encountered a great pit.

"Only one complete skeleton has been excavated from the battlefield, and it was when they were building the museum," the British archaeologist added.

The excavation project, which includes archaeologists, students, military personnel and veterans, was launched in 2015 to mark the bicentenary of the battle.

In 2019, they discovered remains of three amputated legs at the site. The dig was then interrupted due to the coronavirus pandemic.

Eva Collignon, a Belgian archaeologist, said the latest bones discovered were probably gathered "in a hurry" in a ditch near the field hospital because the number of victims was so high. 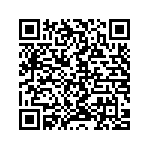