It took less than 24 hours in Saudi Arabia for US President Joe Biden to tarnish an image he has long cultivated: that of a fierce defender of human rights. . It was difficult for many to reconcile those words with the single-most searing image from Biden's first visit to the Middle East as president: his fist-bump with Saudi Crown Prince Mohammed bin Salman.

It took less than 24 hours in Saudi Arabia for US President Joe Biden to tarnish an image he has long cultivated: that of a fierce defender of human rights.

The life of any politician is dotted with campaign pledges that ultimately backfire, and for Biden that list now includes his 2019 vow to make the desert kingdom a "pariah" over its human rights record.

Similarly his solemn description, delivered last year on US Independence Day, of Washington's role on the global stage: "We stand as a beacon to the world."

It was difficult for many to reconcile those words with the single-most searing image from Biden's first visit to the Middle East as president: his fist-bump with Saudi Crown Prince Mohammed bin Salman. 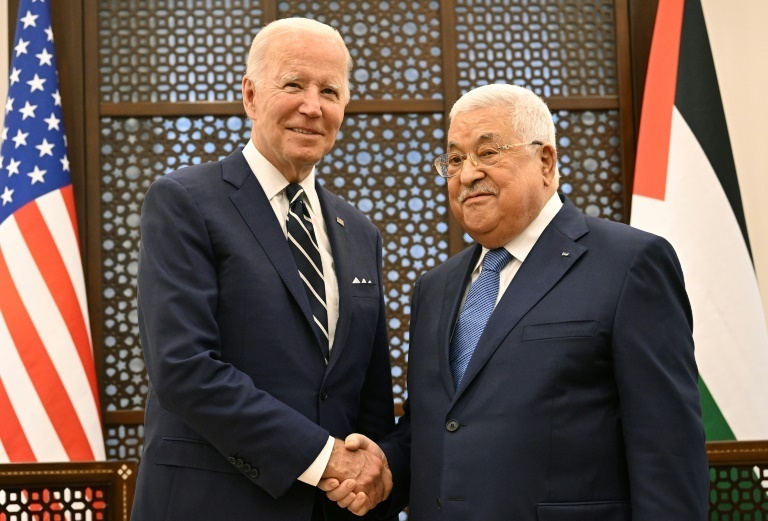 US intelligence officials believe the crown prince, Saudi Arabia's de facto leader, "approved" the 2018 operation that led to the killing and dismemberment of journalist Jamal Khashoggi.

Taken outside a palace in the Red Sea coastal city of Jeddah, the fist-bump image was immediately distributed by official Saudi news outlets before doing the rounds on social media.

It eventually landed on the front page of The Washington Post, where Khashoggi was a contributing columnist.

Prior to Biden's arrival in Jeddah, the White House took several measures to try to mitigate blowback from an encounter it knew was coming. 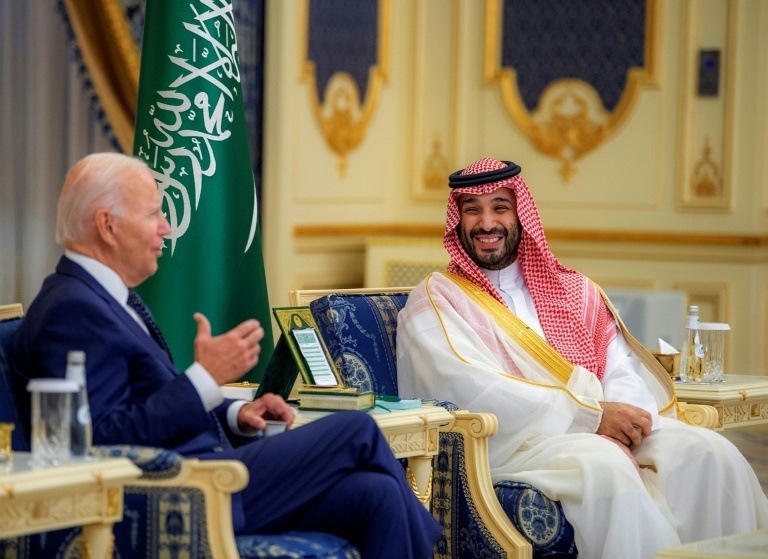 Biden published a column in the Post explaining his reasons for making the trip, saying he wanted to "strengthen a strategic partnership" while insisting that "fundamental freedoms are always on the agenda when I travel abroad".

At the start of the tour, which took him to Jerusalem and Bethlehem before Jeddah, his communications team said Biden would limit physical contact with those he met, citing coronavirus concerns.

Some journalists immediately speculated that the measures -- which Biden ended up not fully adhering to -- were motivated less by public health and more by fear of an awkward photo-op with Prince Mohammed, often referred to by his initials, MBS.

In the end, the first-bump in Jeddah "was worse than a handshake -- it was shameful", the Post's CEO Fred Ryan said in a statement.

"It projected a level of intimacy and comfort that delivers to MBS the unwarranted redemption he has been desperately seeking."

The travelling press corps wasn't present for the scene. By the time they arrived at the palace in Jeddah, the two leaders had already gone inside.

But soon the "fist-bump" was inescapable, broadcast on a seemingly constant loop by state media and Saudi government social media accounts. 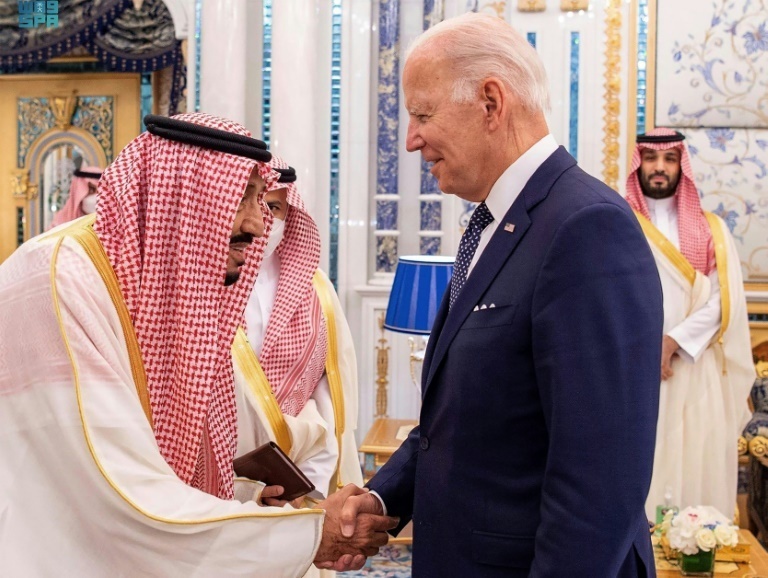 They were only allowed in briefly for a meeting of the American and Saudi government delegations, and they were kept some distance from the negotiating table.

Brief statements from Biden and Prince Mohammed were rendered inaudible as boom microphones were not permitted.

After his meetings with Saudi royals ended Friday evening, the White House hastily arranged for Biden to deliver brief remarks and take a few questions. 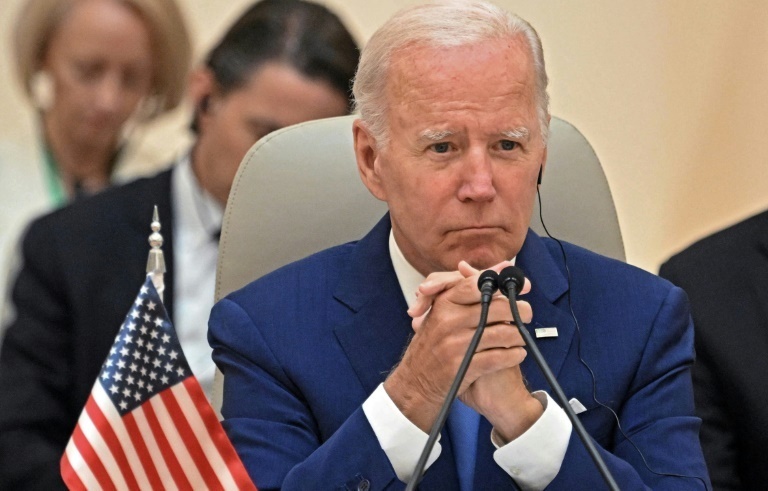 Biden told journalists he had raised the Khashoggi case "at the top" of his meeting with Prince Mohammed, adding that he'd made clear "what I thought of it at the time and what I think of it now".

On Saturday, Biden told leaders from nine Arab nations assembled for a summit that "the future will be won by countries that unleash the full potential of their populations... where citizens can question and criticise leaders without fear of reprisal".

But the fist-bump had already become the tour's defining shot.

Earlier, in Israel, Biden explained his decision to go to Saudi Arabia by appearing to allude to the political compromise it represented.

"My views on Khashoggi have been absolutely, positively clear, and I have never been quiet about talking about human rights," he told a press conference.

But beyond human rights, Biden said the trip was intended "to promote US interests", a likely nod to the need to push for more oil production from the world's biggest crude exporter, as rising gas prices hurt his party's prospects ahead of November mid-term elections.

Back home in the US, Biden got no sympathy from human rights activists.

"The autocrats of the world are smiling," Kenneth Roth, the executive director of Human Rights Watch, said on Twitter.

"Biden's support for human rights can be sold for a smidgen of oil." 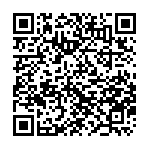