Russian police on Sunday detained journalist Marina Ovsyannikova, who in March interrupted a live TV broadcast to denounce the military action in Ukraine, her lawyer said.. Ovsyannikova became internationally famous overnight in March when she staged her live TV protest.

Russian police on Sunday detained journalist Marina Ovsyannikova, who in March interrupted a live TV broadcast to denounce the military action in Ukraine, her lawyer said.

No official statement has been made, but her detention comes a few days after 44-year-old Ovsyannikova demonstrated alone near the Kremlin holding a placard criticising Russia's intervention in Ukraine and President Vladimir Putin.

"Marina has been detained," her entourage said in a message posted on the journalist's Telegram account. "There is no information on where she is."

The message included three photos of her being led by two police officers to a white van, after apparently having been stopped while cycling.

Her lawyer, Dmitri Zakhvatov, confirmed her arrest to the Ria-Novosti news agency, saying he did not know where Ovsyannikova had been taken.

"I assume that it is linked one way or another to her act of protest," he added.

In March Ovsyannikova, an editor at Channel One television, barged onto the set of its flagship Vremya (Time) evening news programme, holding a poster reading "No War" in English.

On Friday, Ovsyannikova posted photos of herself on Telegram showing her near the Kremlin and carrying a protest placard raising the deaths of children and denouncing Putin as a "killer".

Declarations of this kind expose her to criminal prosecution for publishing "false information" about and "denigrating" the army, offences that can carry heavy prison sentences.

Ovsyannikova became internationally famous overnight in March when she staged her live TV protest. Pictures of her interrupting the broadcast went around the world.

She was briefly detained and then released with a fine, but while a number of international observers praised her protest, it was not universally acclaimed by Russia's opposition.

Some critics said that she had spent years working for a channel, Pervy Kanal, which they said was effectively a mouthpiece for the Kremlin.

In the months following her March protest, Ovsyannikova spent some time abroad, including a brief period working for the German newspaper Die Welt.

In early July, she announced that she was returning to Russia to settle a dispute over the custody of her children. 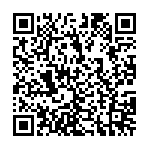